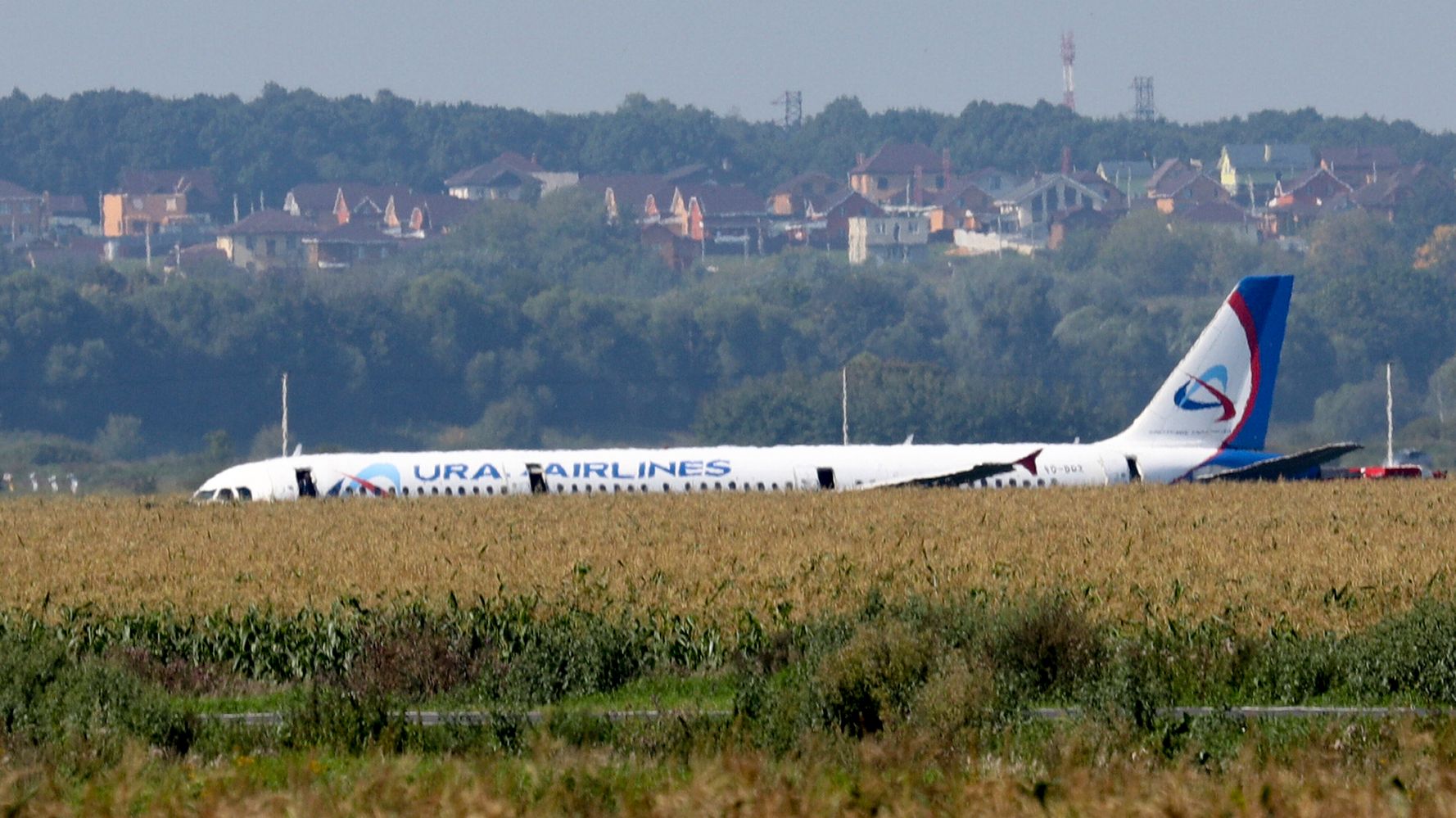 MOSCOW (AP) — A passenger jet made an emergency landing in a field outside of one of Moscow’s airports Thursday after colliding with a flock of birds, injuring at least 23 people, Russian officials said.

The Ural Airlines A321 carrying 226 passengers and a crew of seven hit the birds as it took off Thursday from Moscow’s Zhukovsky airport en route for Simferopol, in Crimea.

The airline said in a statement that the birds got into both of the plane’s engines, causing them to malfunction. The pilot then made an emergency landing in a cornfield about 1 kilometer (half a mile) from the airport.

Russian health authorities said 23 people, including five children, were taken to the hospital, and all but one were released following check-ups and quick treatment.

Ural Airlines lauded the crew for its professionalism in arranging the evacuation. The company said the captain is a highly experienced pilot who had flown over over 3,000 hours.

Footage from the scene showed the flight commander directing the passengers to walk away from the plane across the cornfield.