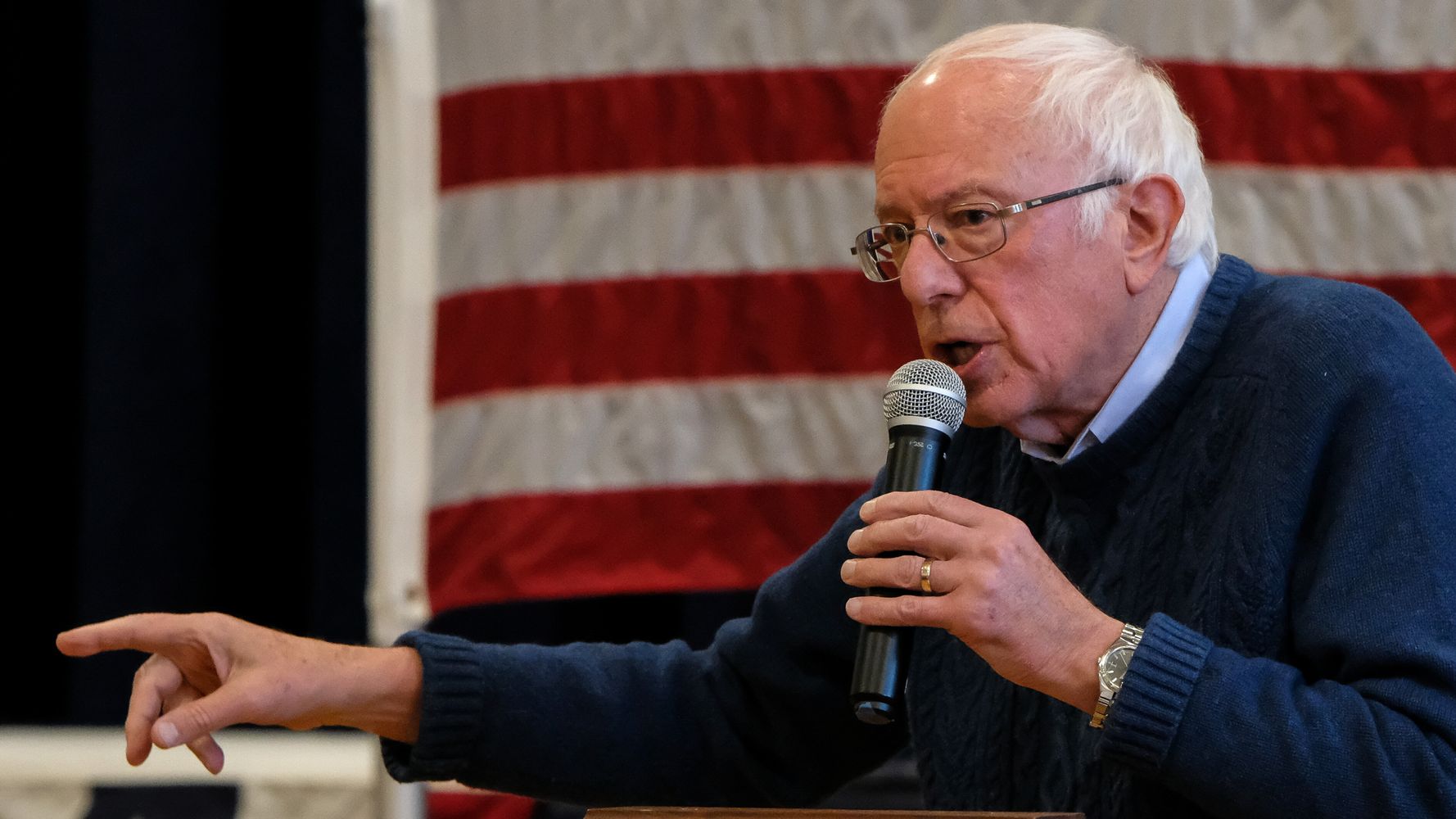 Sanders, who is competing with Buttigieg for the 2020 Democratic nomination, delivered the rebuttal, after days of leaving the task to campaign aides and surrogates, during an interview on MSNBC’s “All In With Chris Hayes.”

Hayes asked Sanders to respond to a video clip of Buttigieg on the campaign trail in South Carolina on Monday in which Buttigieg claimed that Sanders and Sen. Elizabeth Warren (D-Mass.), who also backs universal, tuition-free public college, were erroneously sending the message that “you need a college degree in order to get by in life.”

Buttigieg’s public college tuition plan, by contrast, limits free tuition to the 80% of American households with incomes of $100,000 a year or less. In his remarks on Monday, Buttigieg also reiterated his belief, which he emphasizes in a television ad blanketing Iowa, that the federal government shouldn’t subsidize college tuition for wealthy Americans.

“Buttigieg is wrong on both counts,” Sanders said in his response Thursday.

Sanders noted that his plan covers trade schools and other college alternatives as well, so it is not designed to favor the traditional four-year college track over other forms of higher education. (In fact, as HuffPost reported on Tuesday, Buttigieg’s tuition subsidy plan, unlike Sanders’s and Warren’s, does not cover public trade schools and comparable college alternatives.)

“There are millions of good jobs out there in construction and all kinds of areas where people are good at working with their hands and they don’t want to go to college,” Sanders said.

He likened the benefits of a universal tuition program to the advantages of existing universal programs, such as Social Security and Medicare.

Rather than restrict access at the point of service, Sanders said he prefers to attack income and wealth inequality by raising taxes on the wealthy to fund the universal programs he envisions.

“I’m very glad that Mr. Buttigieg is worried that I have been too easy on upper-income people and the millionaires and billionaires,” he quipped, prompting a chuckle from Hayes. “That I’m going to allow their kids to go to public colleges and universities just, by the way, as they do go to public schools right now. Trump’s kids can go to any public school ― elementary school, high school ― in the country ‘tuition free.’”

Buttigieg’s campaign pointed out, however, that Sanders introduced free-college legislation in 2017 that was means-tested. His bill provided free tuition to households with incomes under $125,000 ― the same cutoff as Hillary Clinton’s college plan in the 2016 general election.

Sanders’ decision to directly address the critique lodged by Buttigieg marks a shift in strategy for the candidate. At back-to-back campaign events in South Carolina on Sunday, Sanders did not mention Buttigieg by name.

Warren, whose decline in early-state polls has coincided with Buttigieg’s ascent in recent weeks, also signaled for the first time on Thursday night that she plans to take a tougher approach to the young mayor than she has thus far been willing to employ. She called on Buttiggieg to disclose his campaign contribution bundlers and open his high-dollar fundraisers to the media, according to The New York Times. (Warren foreswore high-dollar fundraisers in February, not long after launching her presidential campaign.)

Lis Smith, a Buttigieg campaign adviser, immediately responded by demanding that Warren release tax returns from her years consulting for corporations. In May, Warren’s campaign released a list of over 50 legal cases for which she consulted.