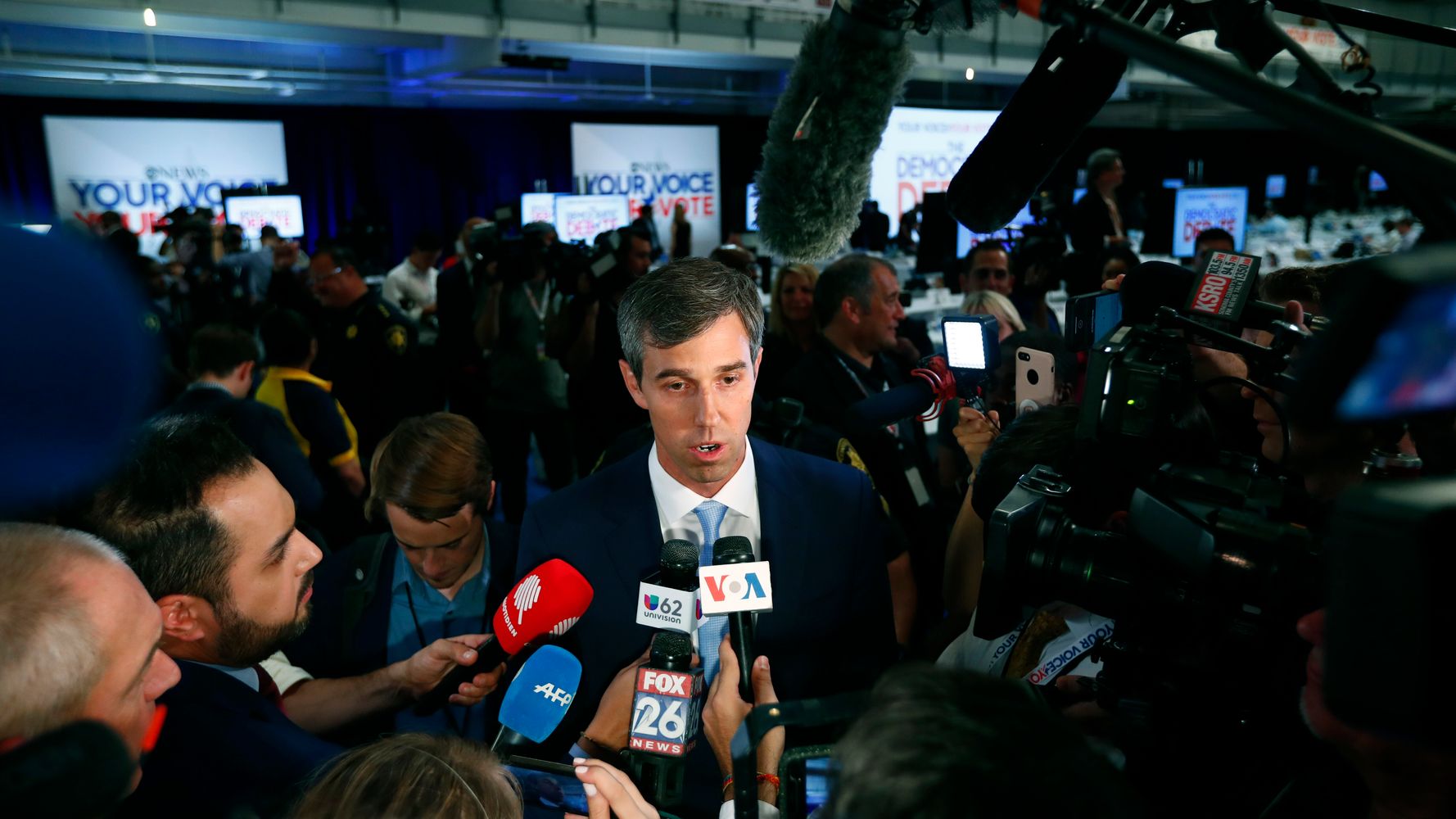 Beto O’Rourke has clarified his most significant statement from Thursday’s Democratic presidential debate, when he told viewers: “Hell yes, we’re going to take your AR-15, your AK-47. You’re not going to be allowed to use it against your fellow Americans anymore.”

The former Texas congressman was asked Friday by the seemingly confused MSNBC host Willie Geist how he would implement his plan to take military-style weapons out of the public realm. O’Rourke responded that people would simply be required to comply with the law he’s proposing, which would introduce a mandatory buyback program for semiautomatic weapons.

“It’s expecting Americans to follow the law,” said O’Rourke, who has made gun violence a central issue in his bid for the presidency.

“It’s not voluntary,” he said later. “It is mandatory. It will be the law.”

But it will not lead to “federal agents knocking on doors” to seize the weapons, as Geist suggested it might.

“As with many of our laws, we don’t go door-to-door searching people’s homes to see if they are in fact breaking the law,” O’Rourke said.

“But congressman, you know, the law is that those guns are legal right now,” asked Geist, apparently not grasping that O’Rourke was discussing a different reality. “So how would they be breaking the law by owning those guns?”

“Because by working with Congress … we’re going to change the law so it will no longer be legal to hold one of these,” O’Rourke replied.

Military-style weapons like the AR-15 and AK-47 have been used repeatedly in many of the country’s most deadly mass shootings ― including last month’s massacre in O’Rourke’s hometown of El Paso, Texas, that claimed 22 lives.

“When you’re shot with one of those high-impact, high-velocity rounds, it blows a hole out your system the size of an orange. It shreds everything inside. Then why is it OK to leave 10 million of them on the street if you agree that it is a potential instrument of terror?” O’Rourke said.