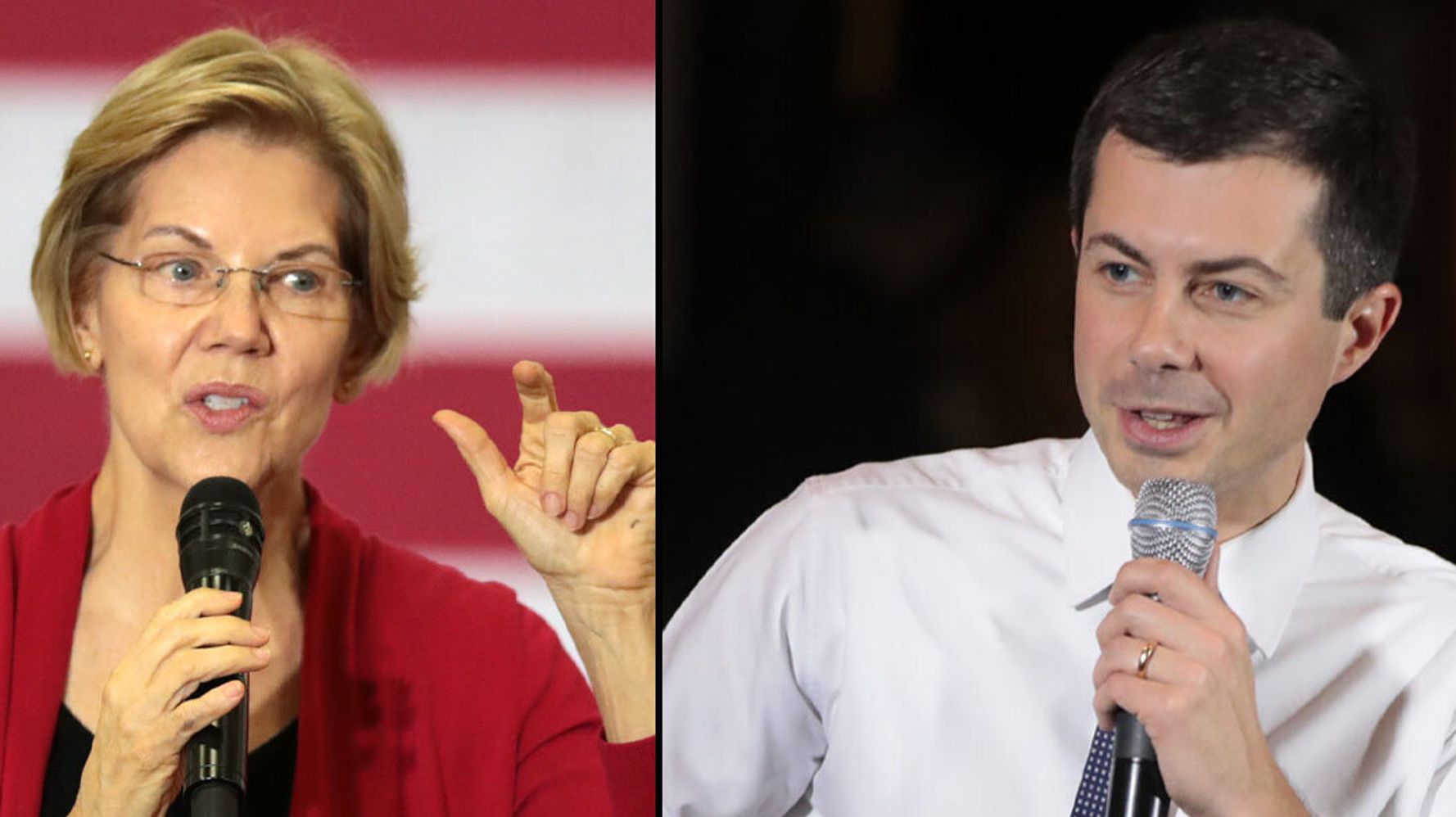 “I think that Mayor Pete should open up the doors so that anyone can come in and report on what’s being said,” Warren told reporters in Boston, referring to media blackouts at some of Buttigieg’s private events. “Those doors shouldn’t be closed, and no one should be left to wonder what kind of promises are being made to the people that then pony up big bucks to be in the room.”

The comments reflect one of Warren’s first public attacks against a Democratic opponent as the 2020 race to unseat President Donald Trump heats up. Buttigieg has vaulted to the front of some polls, including a Des Moines Register/CNN/Mediacom tally last month that showed him leading in Iowa two months before the state’s caucuses.

But that popularity has translated into scrutiny in recent weeks. Both Warren and Sen. Bernie Sanders (I-Vt.) have eschewed big-money donors and private fundraisers, instead leaning on grassroots supporter networks that have garnered tens of millions of dollars. Buttigieg and former Vice President Joe Biden have also raked in supporter dollars, but both men have held traditional political fundraisers and courted supporters with deep pockets (Biden has opened up his events to the press, however).

Lis Smith, a senior communications adviser for Buttigieg’s campaign, lambasted Warren in a response on Twitter later Thursday. She said the senator should up her own campaign’s transparency and could “start by opening up the doors to the decades of tax returns she’s hiding from her work as a corporate lawyer — often defending the types of corporate bad actors she now denounces.”

Buttigieg’s campaign did not immediately respond to HuffPost’s request for further comment.

If @ewarren wants to have a debate about transparency, she can start by opening up the doors to the decades of tax returns she’s hiding from her work as a corporate lawyer- often defending the types of corporate bad actors she now denounces. https://t.co/3nGZc7Dzhj

Warren has released a decade of tax returns, which are posted on her campaign website. The documents cover her entire time in public service.

Buttigieg has also come under fire over his past work at McKinsey & Co. amid a joint report from The New York Times and ProPublica that the consulting firm helped the Trump administration carry out its hard-line immigration policies, specifically for Immigration and Customs Enforcement. The mayor worked at the management consulting firm for three years but has declined to answer questions about what he did there, citing a nondisclosure agreement he signed as an employee.

The Wall Street Journal reported last month that employees and organizations affiliated with McKinsey had donated about $55,000 to his campaign, more than any other Democrat at the time. Warren didn’t directly criticize his work at the firm on Thursday but said Buttigieg should reveal more information about his donors.

“It is even more important that candidates expose possible conflicts of interest right now,” Warren said, according to The New York Times. “And that means, for example, that the mayor should be releasing who’s on his finance committee, who are the bundlers who are raising big money for him, who he’s given titles to and made promises to.”

Buttigieg’s campaign said Thursday he was “frustrated and disappointed” by the reports about McKinsey and said that if any money had been donated to his campaign by one of its employees “involved in this [ICE] project … we would immediately return their donation.”