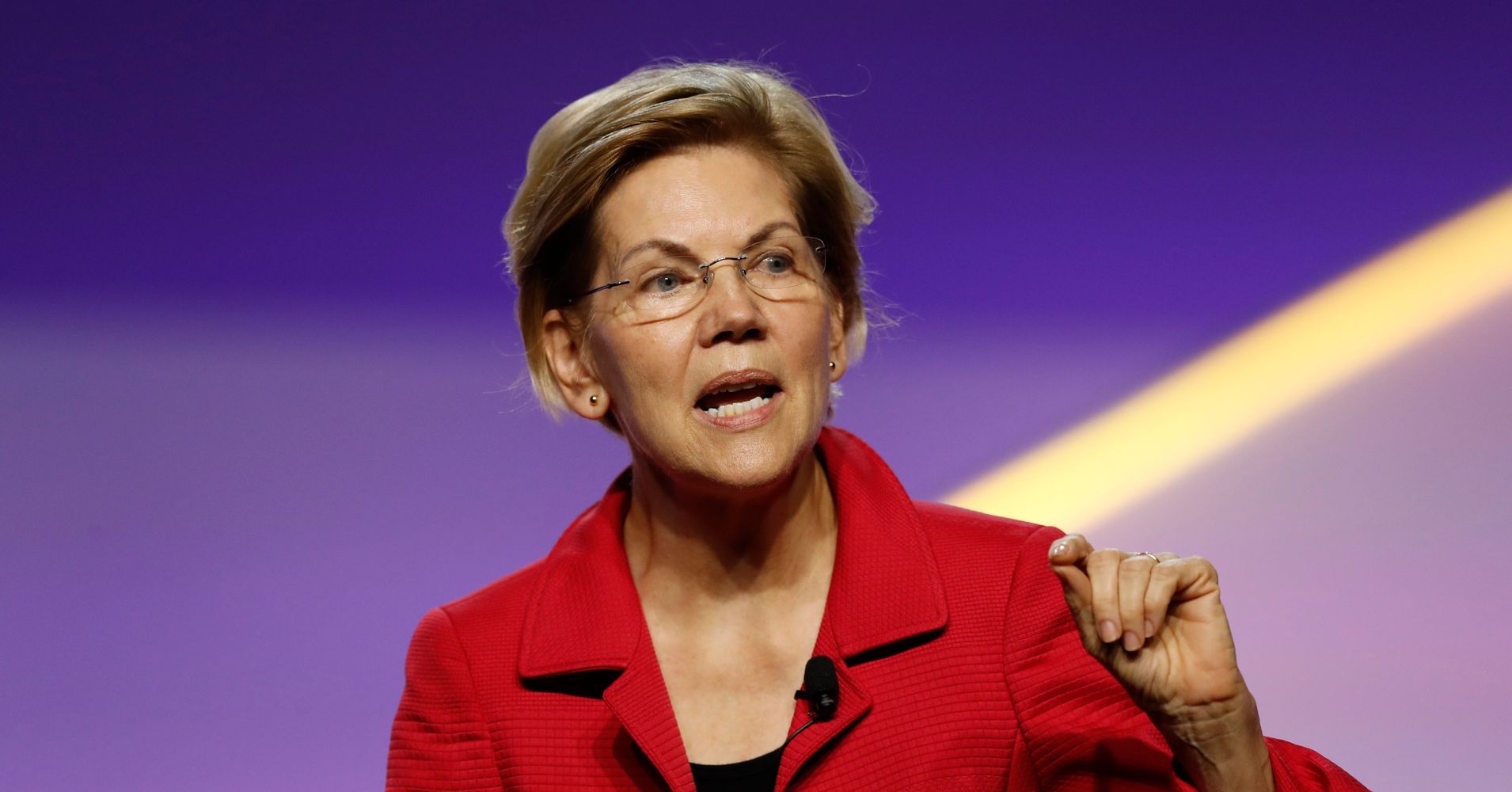 Sen. Elizabeth Warren (D-Mass.) on Wednesday praised the NAACP for supporting the impeachment of President Donald Trump and took a jab at House Speaker Nancy Pelosi (D-Calif.) over her reluctance to do so.

The 2020 Democratic presidential hopeful addressed the annual NAACP convention in Detroit at the same time a House panel conducted a hearing with former special counsel Robert Mueller about his report on Russian influence in the 2016 election and whether Trump obstructed justice.

“I read the Mueller report the day it came out,” Warren told moderator April Ryan, White House correspondent for American Urban Radio Networks. “And when I got to the end, I did not stick my finger in the air and ask about the politics. I did not hesitate. I read it. I knew what it said and I concluded first that this is a man who has broken the law and he should be impeached.”

Warren in April became the first Democratic presidential candidate to call for Trump’s impeachment following the completion of Mueller’s lengthy report. Of the 235 Democrats in the House, at least 89 say they support opening an impeachment inquiry into the president.

Despite forceful impeachment calls from progressive Democratic lawmakers, Pelosi has so far shied away from moving forward with such an inquiry, stating it could serve to only further divide the country without enough bipartisan support.

But Warren on Wednesday urged Congress to take action now.

“We have to make clear: No one is above the law ― not even the president of the United States,” Warren said. “It is time to bring impeachment charges against him.”

Asked about Pelosi’s hesitation, Warren suggested the Democratic leader was playing politics by not moving forward with impeachment.

“l understand that there are people who for political reasons say it’s not where we want to be. But my view is some things are above politics,” she said, prompting applause from the audience. “And one of them is our constitutional responsibilities to do what is right.”

“My view is whether it would pass the Senate or not … this is a moment in history and every single person in Congress should be called on to vote and then to live with that vote for the rest of their lives,” she added.

Ryan’s interview with Warren begins around the 2:19:00 mark below.