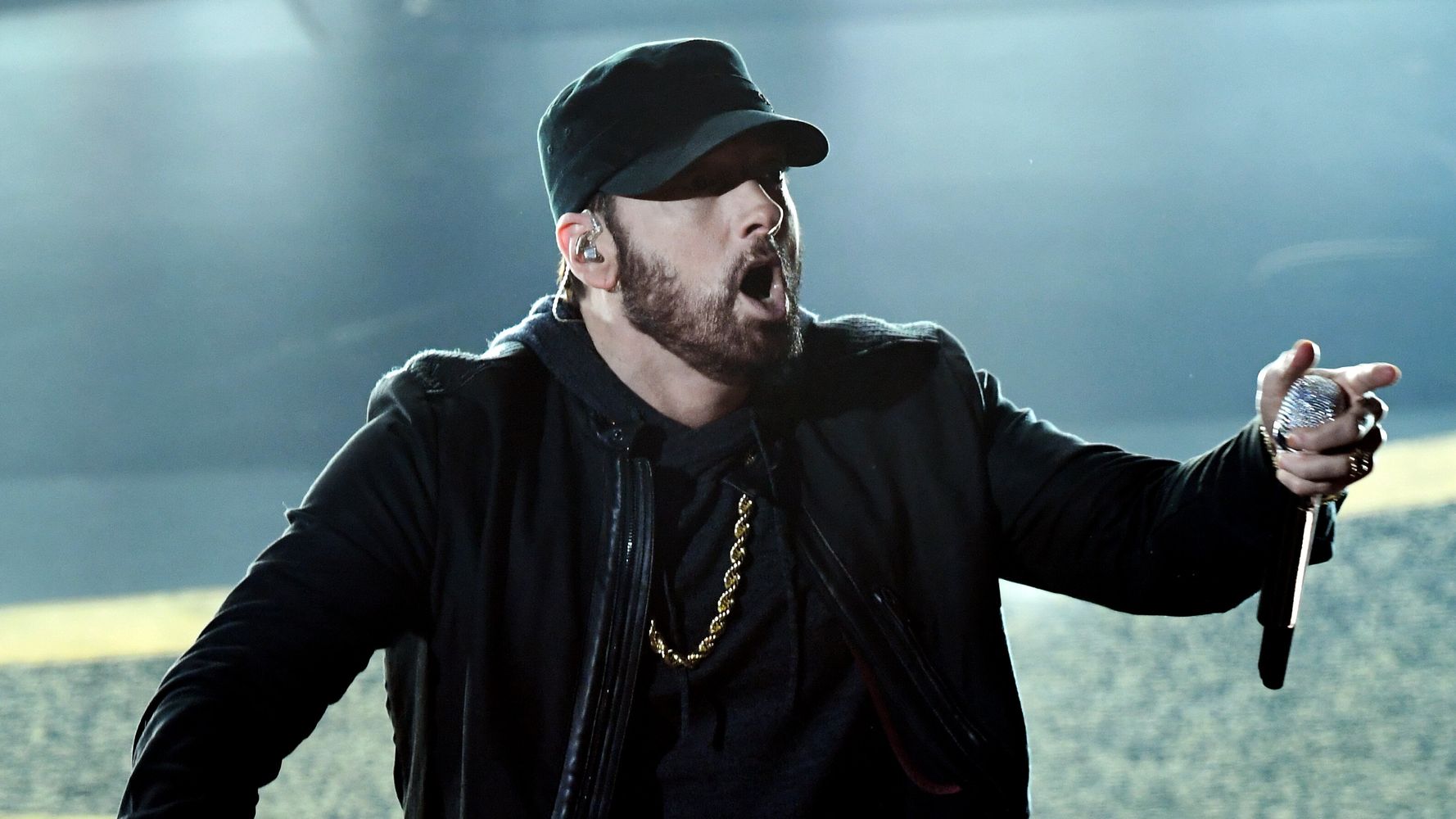 It was the biggest night for mom’s spaghetti in years.

At the 92nd Academy Awards on Sunday, following a montage of iconic songs from film history, Marshall Mathers, aka Eminem, came onstage and rapped “Lose Yourself” from his early 2000s movie “8 Mile.”

And everyone was left with one question: “Why?”

the reactions to that Eminem performance were so good #Oscars pic.twitter.com/981WiI8mix

This wasn’t a special anniversary. The movie, featuring a climactic rap battle where Eminem’s character B-Rabbit reveals that the parents of his rival Papa Doc (Anthony Mackie) have a real good marriage (a true death blow), came out in 2002.

“Lose Yourself” did win the Academy Award for Best Original Song at the 2003 Oscars, but Eminem didn’t even show up to accept the award. And that was an odd 17 years ago. Is it just that Eminem is like a cicada, coming out every 17 years to make a bunch of noise?

In a tweet following the performance, Eminem said he was sorry it took 18 years to get to the Academy, and on Monday, the rapper explained more to Variety:

I kinda figured maybe since I didn’t get a chance to do it at the time, maybe it would be cool. Back then, I never even thought that I had a chance to win, and we had just performed “Lose Yourself” on the Grammys with The Roots a couple of weeks before the Oscars, so we didn’t think it was a good idea. And also, back at that time, the younger me didn’t really feel like a show like that would understand me.

But then when I found out I won, “That’s crazy!” That to me shows how authentic and real that award is — when you don’t show up and you still win. That makes it very real to me.

“8 Mile” was already set to be in the movie music montage, according to the magazine, and Eminem says he was approached to perform.

“It was cool because we just put out an album, so we said maybe that’ll make sense with the timing of the new album,” he said.

The performance was presented to the rapper as being secretive, so he just went with it.

“I said, ’Oh that’s kinda dope, to not even announce it,” he explained.

At least we know why the performance worked for Eminem. Why it worked for the Academy is another question. Eminem did get a standing ovation, though, so maybe that’s the answer.

Also as an added bonus, Martin Scorsese seemed to get the best sleep of his life.

MARTIN SCORSESE FALLING ASLEEP DURING THE EMINEM PERFORMANCE HAS ME IN TEARS pic.twitter.com/KBvucxsY6N

You can watch Eminem’s Oscar performance below, or perhaps just wait another 17 years.

Read the full interview at Variety.