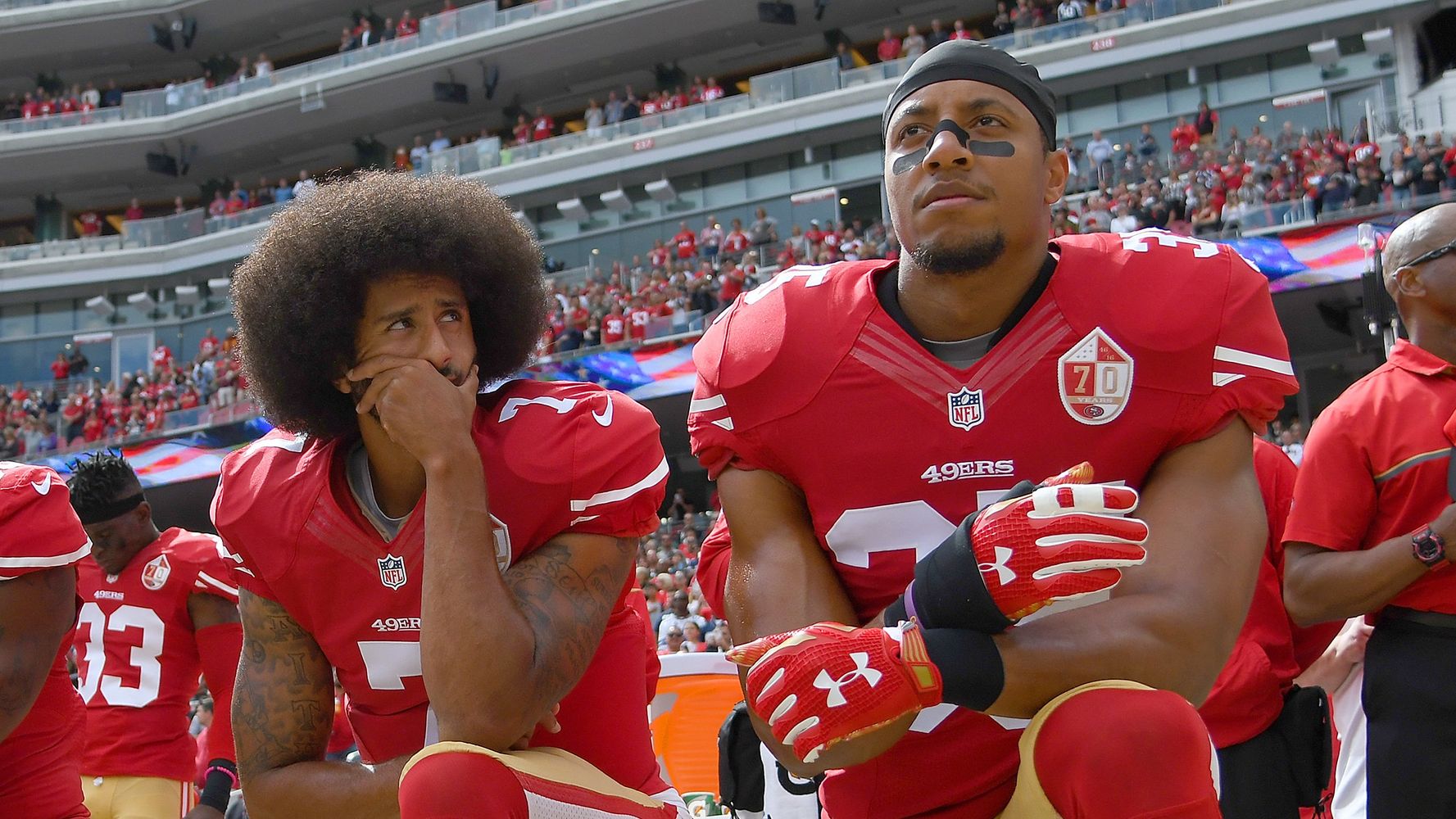 Carolina Panthers safety Eric Reid has criticized Jay-Z for his new partnership with the NFL via his entertainment and sports company, Roc Nation. The activist expressed disappointment about the deal, pointing to the league’s treatment of former San Francisco 49ers quarterback Colin Kaepernick.

Jay-Z and the NFL announced their new partnership this week, in which the music mogul’s company will serve as the league’s “official Live Music Entertainment Strategists,” according to a Wednesday press release.

The “4:44” rapper, who has long been a vocal supporter of Kaepernick, drew criticism from people on Twitter on Wednesday, following a press conference he held in New York with NFL commissioner Roger Goodell earlier that day.

Reid joined the chorus of Twitter users who questioned Jay-Z’s partnership with the league, which has had a turbulent history with confronting racial inequality issues. Kaepernick, who in 2016 led a wave of peaceful protests from NFL players to bring awareness to all forms of racial injustice by kneeling during the national anthem, has remained unsigned by a team since he became a free agent after the 2016 season.

These aren’t mutually exclusive. They can both happen at the same time! It looks like your goal was to make millions and millions of dollars by assisting the NFL in burying Colin’s career. https://t.co/LFBZpbj2tw

On Wednesday, Reid, who was the first NFL player to kneel in protest alongside Kaepernick, shared a tweet from ESPN that quoted Jay-Z from Wednesday’s conference: “Everybody knows I agree with what you’re saying [in Kaepernick’s underlying message]. So what are we gonna do? … [Help] millions and millions of people, or we get stuck on Colin not having a job.”

“These aren’t mutually exclusive,” Reid tweeted in response. “They can both happen at the same time! It looks like your goal was to make millions and millions of dollars by assisting the NFL in burying Colin’s career.”

He tweeted on Thursday that the music mogul “doesn’t need the NFL’s help” to address social justice issues.

Jay-Z doesn’t need the NFL’s help 2 address social injustices. It was a money move 4 him & his music business. The NFL gets 2 hide behind his black face 2 try to cover up blackballing Colin. #NeoColonialism https://t.co/tO49a1JC2c

On Tuesday, Reid tweeted that the partnership was “disingenuous” considering its purported goal to tackle social justice issues via the league’s new initiative, Inspire Change, while Kaepernick remains unsigned.

Reid and Kaepernick had both filed grievances accusing the league of blackballing them after their protests and reached confidential settlements with the NFL earlier this year.

The Panthers safety also shared a tweet on Wednesday that criticized Jay-Z’s assertion at the conference, as reported by The Hollywood Reporter, that “we’ve moved past kneeling.”

“He sacrificed NOTHING,” the tweet read. “In truth, he is actually capitalizing off of Kaepernick’s loss.”

During Wednesday’s conference, Jay-Z later said that he doesn’t want people to “stop protesting at all,” but that he was focused on “What are we moving (on to) next?” THR reported.

MTV host Nessa Diab, who is in a relationship with Kaepernick, tweeted an article from The Atlantic about the partnership on Thursday, saying she “can’t put in words the disappointment and disgust” she felt about it.

I never thought I would see this headline in my lifetime. I can’t put in words the disappointment and disgust #IMWITHKAP FOREVER 👉🏽👉🏽👉🏽Jay-Z Helps the NFL Banish Colin Kaepernick – The Atlantic https://t.co/avK3tc1tBq

On Tuesday, Diab said that the NFL and Jay-Z had not discussed the partnership with the activist “ahead of that deal being done.”