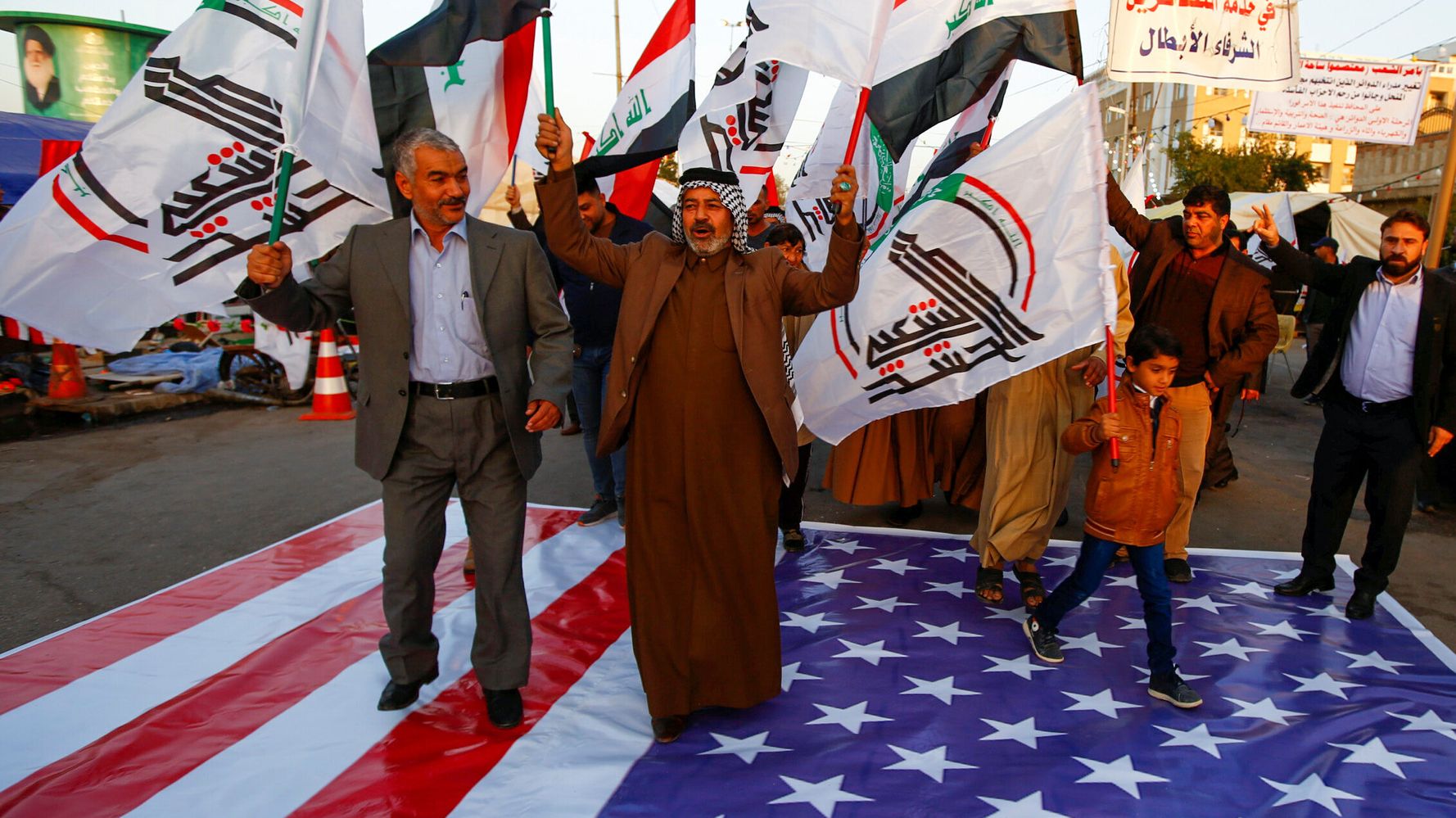 BAGHDAD (Reuters) – Iraqi Prime Minister Adel Abdul Mahdi on Monday condemned U.S. air strikes on bases of Iranian-backed Iraqi militia, a move that could plunge Iraq further into the heart of a proxy conflict between the United States and Iran.

The U.S. military carried out air strikes on Sunday against the Kataib Hezbollah militia in response to the killing of a U.S. civilian contractor in a rocket attack on an Iraqi military base, officials said.

At least 25 militia fighters were killed and 55 wounded.

“The prime minister described the American attack on the Iraqi armed forces as an unacceptable vicious assault that will have dangerous consequences,” his office said.

U.S. Secretary of State Mike Pompeo said in a call with U.N. Secretary-General Antonio Guterres that the U.S. strikes “were aimed at deterring Iran,” the State Department said in a statement.

The air strikes will force Iraq to reconsider working with the U.S.-led international coalition against Islamic State, the Iraqi National Security Council said in a statement.

Iraq’s Foreign Ministry said it would summon the U.S. ambassador in Baghdad to voice Baghdad’s disapproval.

Tensions have risen between Iran and the United States – Iraq’s two main allies – since last year when President Donald Trump pulled out of world powers’ 2015 nuclear deal with Tehran and reimposed sanctions on the Islamic Republic.

Earlier this month, Pompeo blamed Iranian-backed forces – which helped Baghdad turn the tables on Islamic State militants and are integrated into the Iraqi security apparatus – for attacks on U.S. bases in Iraq. He said any attacks by Tehran or proxies harming Americans or allies would be “answered with a decisive U.S. response.”

U.S. officials said Washington had displayed patience amid escalating provocations from Iran and its allies, but that it was time to re-establish deterrence against aggression.

“After so many attacks it was important for the president to direct our armed forces to respond in a way that the Iranian regime will understand,” U.S. special representative for Iran Brian Hook said in a news briefing.

Iran denies involvement in attacks on U.S. forces and has condemned the air raids as “terrorism”.

The strikes come as thousands take to the streets in Iraq to condemn, among other things, militias such as Kataib Hezbollah and their Iranian patrons that support Abdul Mahdi’s government.

They also demand an overhaul of a political system they see as corrupt and keeping most Iraqis in poverty.

At least 450 people have been killed as security forces and militias have sought to quell the protests, which forced Abdul Mahdi to resign. He remains in a caretaker capacity.

About 400 people in Basra protested against the air strikes, demonstrating in support of the militias.

The raids brought threats of reprisal. “Our response will be very tough on the American forces in Iraq,” militia commander Jamal Jaafar Ibrahimi, also known as Abu Mahdi al-Mohandes, said on Sunday.

Mohandes is a senior commander of the Popular Mobilisation Forces (PMF), an umbrella grouping of paramilitary organizations mostly consisting of Iranian-backed Shi’ite Muslim militias that were integrated into Iraq’s armed forces.

He is also one of Iran’s most powerful allies in Iraq and formerly headed Kataib Hezbollah, which he founded.

His threat was met positively by his Iranian backers.

“Taking revenge and responding to this crime are the natural right of the Iraqi nation and those groups that defend Iraq,” said Iran’s Islamic Revolutionary Guard Corps, which trains some Iraqi militias including Kataib Hezbollah.

The PMF bolstered Iraq’s security forces during their battle to retake a third of the country from Islamic State insurgents.

The Iraqi government is in control of the militias in “95% of cases”, Abdul Mahdi said at a televised Cabinet meeting.

He said was told about the air strikes hours before in a phone call with U.S. Defense Secretary Mark Esper and tried to warn the militia.

The Iraqi government cannot do much because of its caretaker status and has to take its lead from parliament, Abdul Mahdi told his ministers.

Iraq’s Fatih alliance, a political bloc representing the militias that holds the second largest number of seats in parliament, condemned the air strikes.

Their main rival, populist cleric Moqtada al-Sadr, who leads parliament’s largest grouping, said he was willing to work with them to end the U.S. military presence in Iraq. But he also called on them to reign in their militias so as not to provide an excuse for further U.S. attacks.

He urged Iraqi authorities to prevent such attacks and “ensure Iraq does not become a field for settling regional and international scores and that others do not interfere in its internal affairs”.

Abdul Mahdi said his government’s policy was to keep Iraq out of regional alliances and away from war.

Israeli Prime Minister Benjamin Netanyahu’s office said he congratulated Pompeo “on the important operation by the United States against Iran and its proxies in the region”.

Russia, which like Iran and Hezbollah backs President Bashar al-Assad’s government in Syria’s civil war, said the strikes were unacceptable and counterproductive. The Syrian government also denounced the air strikes.