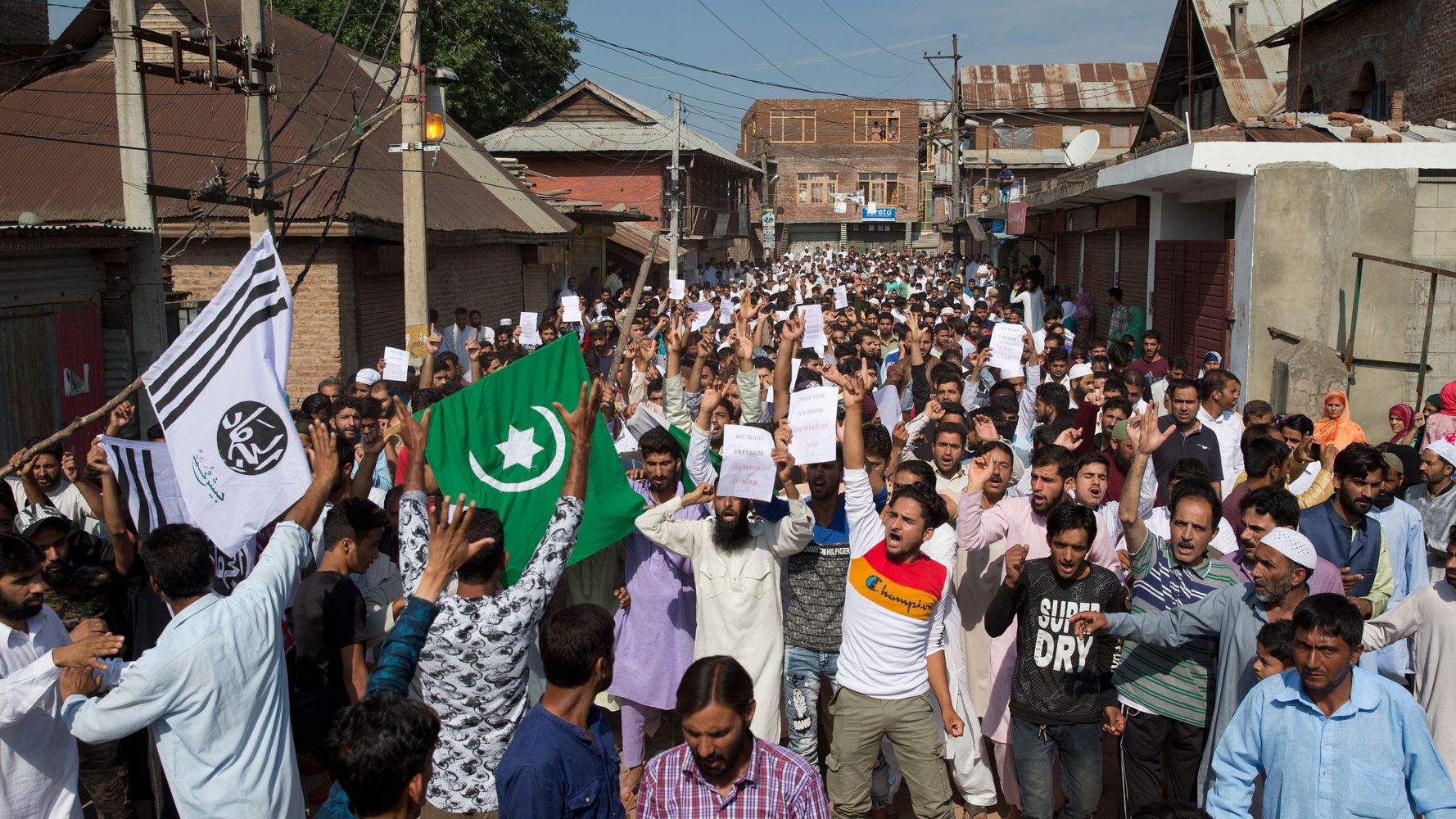 SRINAGAR, India (AP) — Troops in Indian-administered Kashmir allowed some Muslims to walk to local mosques alone or in pairs to mark the Eid al-Adha festival Monday on the eighth day of an unprecedented security lockdown imposed as India stripped the disputed region of its autonomy.

Thousands of additional troops were sent to the mostly-Muslim region before India’s Hindu nationalist-led government said Aug. 5 it was revoking Kashmir’s special constitutional status and downgrading its statehood. All communications and the internet remained cut off to limit protests against the decision in the Himalayan region where most people oppose Indian rule. Streets were deserted, with most people staying indoors and authorities not allowing large groups to gather.

“Our hearts are on fire,” said Habibullah Bhat, 75, who said he came out to pray on the Islamic holy day despite his failing health. “India has thrown us into the dark ages, but God is on our side and our resistance will win.”

Hundreds of worshippers gathered on a Srinagar street after the prayers and chanted, “We want freedom” and “Go India, go back,” witnesses said. Officials said the protest ended peacefully.

Elsewhere, two people were injured in violence, senior police officer S.P. Pani said. He did not give any details.

There were “no reports of starvation” and medical facilities, utilities and banking services were functioning normally, he said.

The near-constant curfew and the communications blackout meant independent verification of events was difficult, especially beyond the region’s main city of Srinagar.

Kashmiris are accustomed to stockpiling essentials during the region’s harsh winters, and during past, less severe crackdowns. But in Srinagar, residents have begun to run short of food, prescription drugs and other necessities as shops remain closed and movement is restricted. Parents have struggled to entertain their children who are unable to go to school.

Vijay Keshav Gokhale, the ministry’s top diplomat, said communications restrictions “will be gradually eased when we feel the law and order situation improves.” He said most mosques opened for Eid prayers, but some were not for security reasons.

The lockdown is expected to last through Thursday, India’s independence day.

Kashmir is divided between India and Pakistan but claimed in full by both. The nuclear neighbors and bitter rivals have fought two wars over Kashmir, and the first one ended in 1948 with a promise of a U.N.-sponsored referendum in the territory. It has never been held.

Rebels have been fighting Indian rule for decades in the portion administered by New Delhi.

Qureshi urged the international community to take notice of “Indian atrocities and human rights violations in Kashmir.” He said Islamabad was trying its best to highlight the issue internationally and expose Indian “cruelties.”

The Man (And The Mission) Behind Trump’s Clash With Venezuela