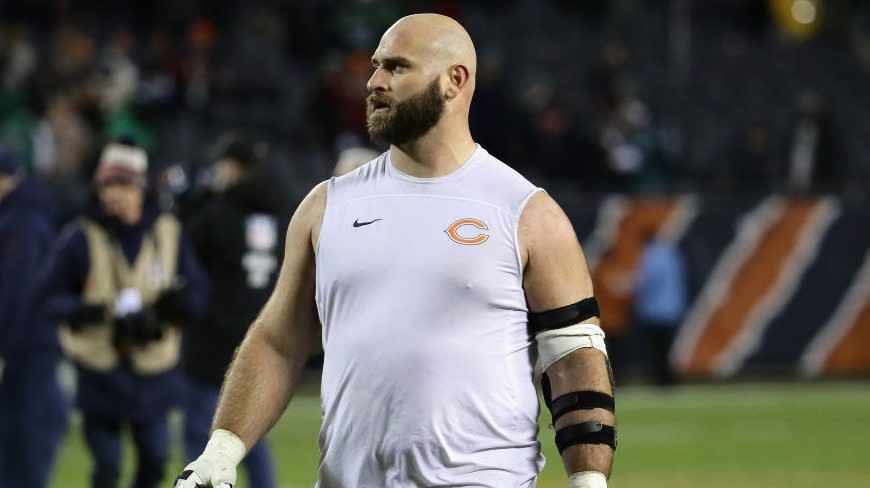 Veteran guard Kyle Long was thrown out of practice by Bears head coach Matt Nagy after getting into a fight with rookie defensive lineman Jalen Dalton during the team’s mock game practice on Wednesday.

According to Arthur Arkush of Pro Football Weekly, Long ripped Dalton’s helmet off his head and sent it flying into the air in apparent retaliation for a block from Dalton against Long on an interception return. Long delivered a handful of punches to Dalton. Tackle Charles Leno forcibly removed Long from the fray.

It’s the third straight day the Bears have had a scuffle in practice with the Long-Dalton incident being the most significant.

“It’s the competitive nature of the guys,” Nagy said. “Yesterday to me was a little bit more of a pillow fight. Today I thought was a little bit, just like I said, it’s disappointing.

Long is getting to enter his seventh season with the Bears while Dalton is in his first NFL training camp.

No. 17 Maryland scores final 7 points to win at Indiana