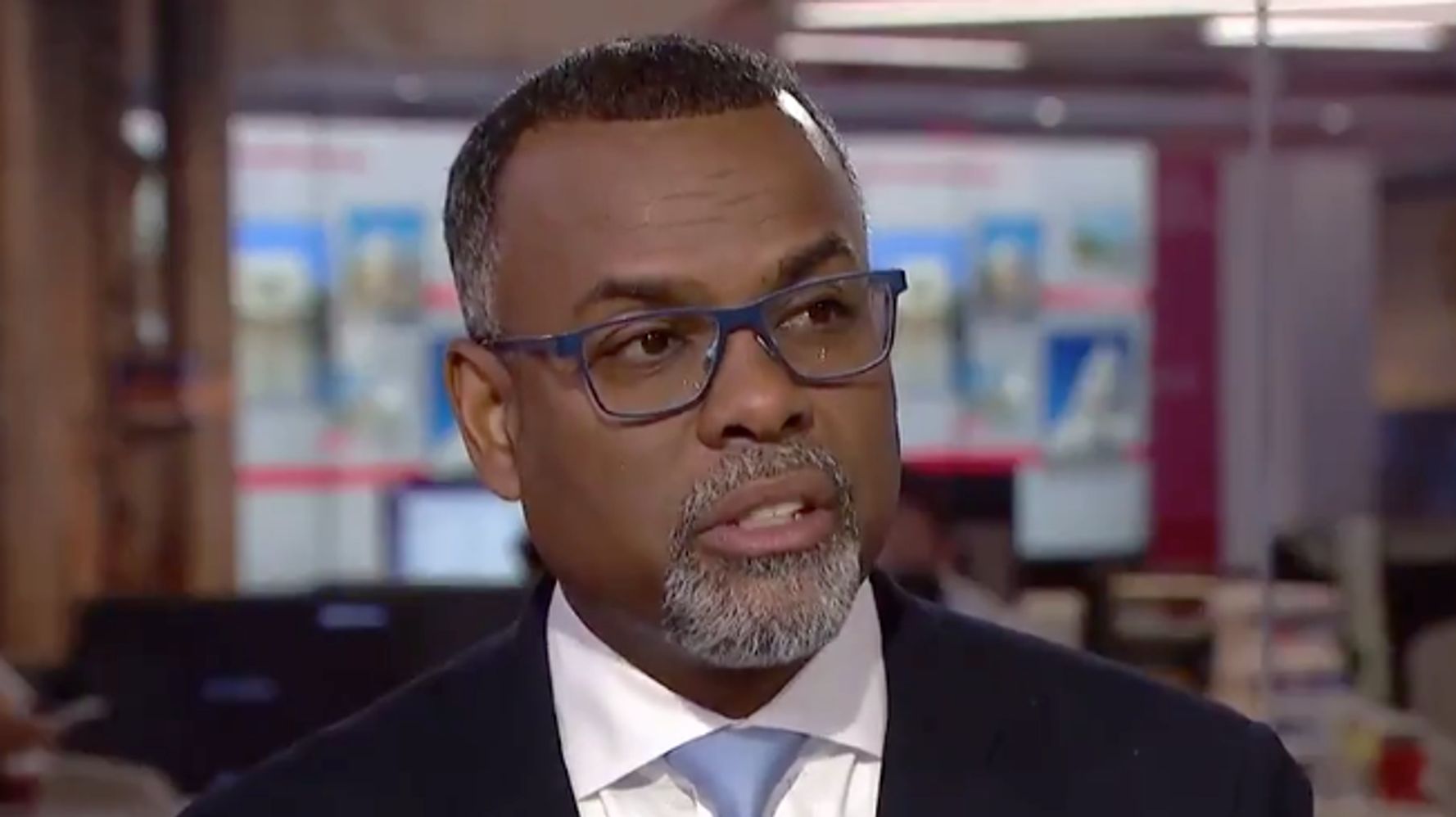 A Princeton professor broke down racism in America in a now-viral video this week, calling out President Donald Trump for being the “manifestation of the ugliness that’s in us.”

On Monday, Eddie Glaude Jr., the chair of Princeton’s Department of African American Studies, sat down with MSNBC’s “Deadline: White House” to discuss the shooting that killed 22 people in El Paso, Texas, over the weekend. The gunman is suspected of holding white supremacist views, which has reinvigorated a national conversation about the impact of Trump’s racist rhetoric.

“America’s not unique in its sins. As a country, we’re not unique in our evils,” Glaude says in a 3-minute clip from the segment. “I think where we may be singular is our refusal to acknowledge them. And the legends and myths we tell about our inherent goodness, to hide and cover and conceal so that we can maintain a kind of willful ignorance that protects our innocence.”

“It’s easy for us to place it all on Donald Trump’s shoulders… This is us. And if we’re going to get past this we can’t blame it on him. He’s a manifestation of the ugliness that’s in us.” @esglaude says white people must reckon with the continued presence of racism in the U.S. pic.twitter.com/dclEaLsrK9

Glaude explained the country’s long history of refusing to contend with racism, citing the rise of the tea party and how many Americans attributed that to “economic populism” because they didn’t want to acknowledge that it was about race.

But “social scientists were already writing that what was driving the tea party were anxieties about demographic shifts,” he added. “That the country was changing, that they were seeing these racially ambiguous babies on Cheerios commercials, that the country wasn’t quite feeling like it was a white nation anymore.”

“People were screaming from the top of their lungs, ‘Yo, this is not just simply economic populism. This is the ugly underbelly of the country,’” he said.

Glaude tied that history to Trump and the El Paso shooter. In remarks on Monday, Trump blamed white supremacy, the internet, video games and mental illness for the massacres, but did not blame guns or himself. The El Paso gunman is believed to have posted a white supremacist manifesto online that used rhetoric of the sort explicitly promoted by Trump.

Yet Glaude said it would be too easy for the country to simply blame the current president for what has been happening for “a long time.”

“And if we’re going to get past this, we can’t blame it on him,” he went on. “He’s a manifestation of the ugliness that’s in us.”

Glaude ended his impassioned explanation with a plea to white Americans to change.

“Either we’re going to change… or we’re going to do this again and again, and babies are going to have to grow up without mothers and fathers, uncles and aunts, friends, while we’re trying to convince white folk to finally leave behind a history that will maybe, maybe ― or embrace a history that might set them free from being white,” he said. “Finally.”

The clip has been shared thousands of times on social media. Rep. Alexandria Ocasio-Cortez (D-N.Y.) called the video an “incredibly powerful, must-watch moment.”

Here’s what others had to say about the powerful speech:

Eddie Glaude Jr. gave the most important breakdown of racism in America on TV today pic.twitter.com/rimBZgUslZ

My dear brother @esglaude is a free man offering liberty to anyone who will have it. Take 3 min to listen to him. Lay down whatever you have to to accept the gift he’s offering. pic.twitter.com/kTGv4YkVTK

.@esglaude on @NicolleDWallace on @MSNBC was extraordinary today. Always great. Today exceptional. Thank you so much.

Please watch every minute of this. Especially fellow white people.

Thank you @esglaude for speaking the truth that we need to hear. pic.twitter.com/7oJPE4aEm6

Watch this. All 3 minutes of it. pic.twitter.com/RfpfP9SR3q