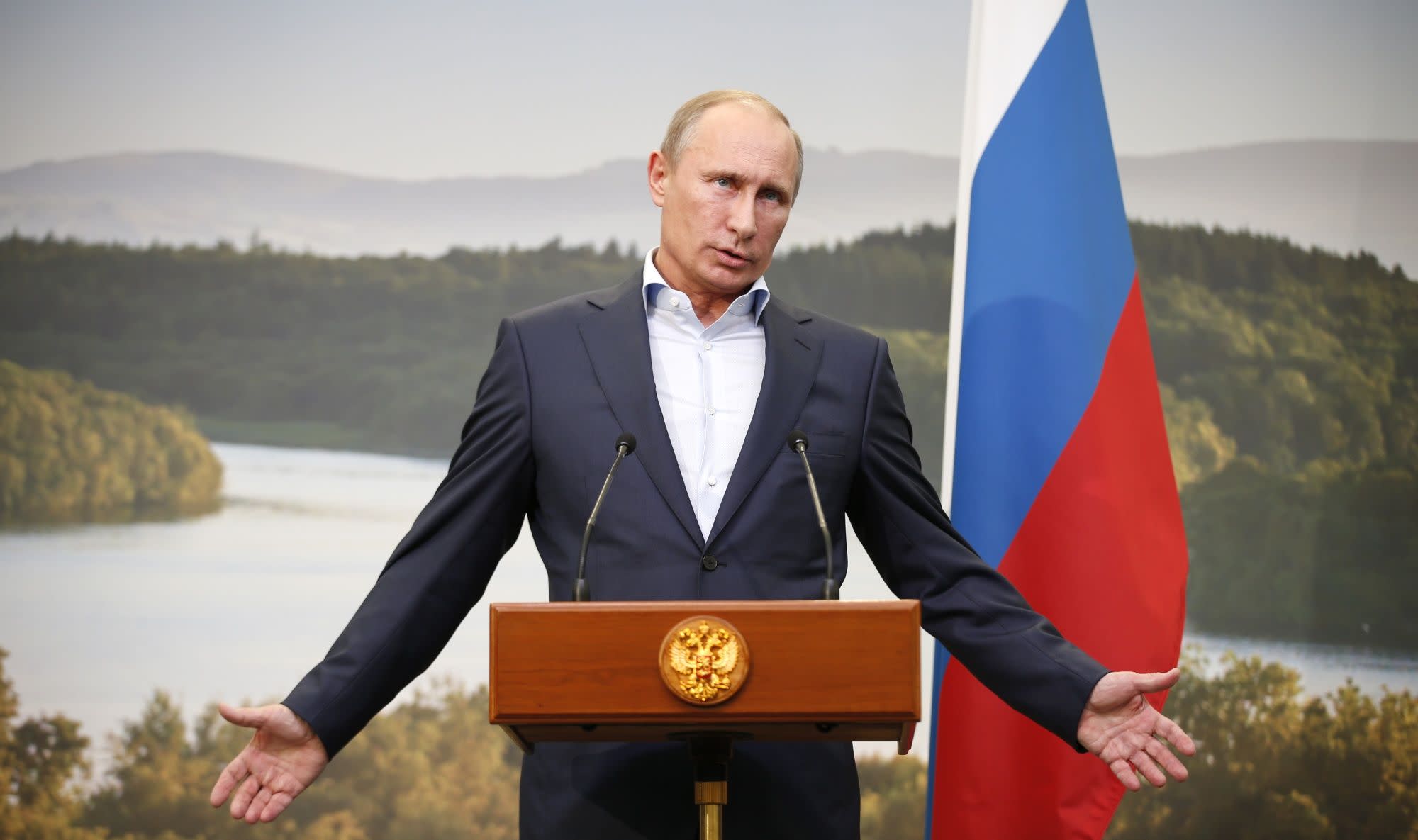 (Bloomberg Opinion) — Russia has been unusually circumspect as a crisis in northern Syria simultaneously threatens to undermine its relations with Turkey and calls into question its support for Bashar al-Assad’s dictatorship in Damascus. The Russian air force has been actively supporting the regime offensive that has displaced hundreds of thousands in Idlib, in northwestern Syria. Turkey, which supports the Syrian opposition to Assad, has been striking at regime targets in Idlib.

Moscow is the Syrian regime’s main backer, and is committed to helping Assad reassert control over the country. On the other hand, Turkey is a major trading partner for Russia, over and above the $2.5 billion sale of S-400 air-defense systems.

Russia’s trade with Turkey reached $25.6 billion in 2018; the two countries want that number to grow to $100 billion in the next few years. Moscow’s economic exchanges with the other stakeholders in the Syrian conflict are puny in comparison. Trade with Iran, hampered by U.S. sanctions, is in the region of $2 billion; the two countries are looking for ways to increase flows through barter deals. War-ravaged Syria a small trading partner, even if Moscow profits in other ways from the conflict. Russia-Israel trade exceeded $5 billion in 2019 for the second year in a row and looks likely to grow more.

Can Russia support the Syrian regime and preserve relations with Turkey? Thus far, Moscow has threaded these needles by hosting the Astana peace process on Syria and trying to be all things to all sides. Russian President Vladimir Putin has gambled that he can accomplish this because Syria and Turkey both need Russia more than Russia needs them.

Turkey’s President  Recep Tayyip Erdogan has come to increasingly rely on Russia as he feuds with the U.S. and Europe. For his part, Assad is beholden to Putin for Russia’s 2015 intervention in the Syrian civil war in support of Assad. Russian air power and special forces helped turn the tide in the dictator’s favor.

Syria was already a key Russian ally dating back to Soviet times; Russia maintains a naval base and air base in the country. Helping Assad defeat the rebels is not only a point of prestige for Moscow, the conflict is also a showcase for Russian weapons.

Putin has maneuvered to become the key power broker in Syria, presiding over ceasefire deals with Jordan and the U.S. in 2017, a deal with Turkey over Idlib in 2018, and another after the U.S. withdrew from parts of northeastern Syria in 2019. Russia has also sought to assuage Israeli concerns about Iranian entrenchment in southern Syria by deploying military police near the Golan Heights.

But the Syrian chessboard has grown progressively more complex. The U.S. presence may be much reduced, but is not gone. American forces protect oil fields in eastern Syria and U.S.-backed Syrian Democratic Forces, a Kurdish led group, remains a major force in the east. Turkey has invaded the northeast, to keep the Kurds at bay, and create a buffer zone for refugees.

This leaves Russia to maneuver between Iran, Turkey, the U.S. and the Syrian regime. It creates a situation in which the Russian air force fights for Assad, even while Russian troops conduct joint patrols with Turkey in Kurdish areas, and Russian diplomats negotiate with Kurdish groups partnered with the U.S.

Idlib is the most severe challenge to Russia’s effort to be all things to everyone, all the time. As the Syrian regime ratcheted up its attacks on Idlib this month, it killed Turkish troops; Ankara responded by deploying armored vehicles to Idlib in early February. Turkey fears an influx of more refugees from Syria, adding to the 3 million it already hosts.

Russia wants to tamp down the tensions in Idlib, but it has another crisis brewing in the south, where Israel has launched more than 1,000 airstrikes on Iranian targets in Syria. Last week, Russia claimed an Israeli airstrike endangered a civilian airliner over Damascus. Such attacks enrage both Assad and Iran, requiring careful hand-holding by Russia.

The outcome of Russia’s effort to manage all sides of the conflict has been a partitioning of Syria into zones of influence and control. Iran influences southern Syria, but has to contend with Israeli airstrikes. Turkey controls parts of northern Syria under tenuous ceasefire agreements with Moscow. The U.S. controls a shrinking portion of eastern Syria.

Putin’s house of cards is built on making sure none of the countries gets what it wants and all must rely on Moscow to hold what they have: Iran can’t take over southern Syria; Assad can’t win the civil war outright; and Turkey can’t remain in northern Syria forever.

The last thing Putin wants to do is to pick a side—and that is exactly what the battle for Idlib might force him to do. No wonder Moscow has gone mum.

To contact the author of this story: Seth J. Frantzman at sfrantzman@gmail.com

To contact the editor responsible for this story: Bobby Ghosh at aghosh73@bloomberg.net

This column does not necessarily reflect the opinion of Bloomberg LP and its owners.

Seth J. Frantzman covers Middle East affairs for the Jerusalem Post. He is the author of “After ISIS: America, Iran and the Struggle for the Middle East” and executive director of the Middle East Center for Reporting and Analysis.

Wall Street Has a New Big Bull on Tesla

Taxes 2020: What you don’t know about your tax bracket could hurt you

Boeing Finds Yet Another Problem In The Grounded 737 Max Aircraft