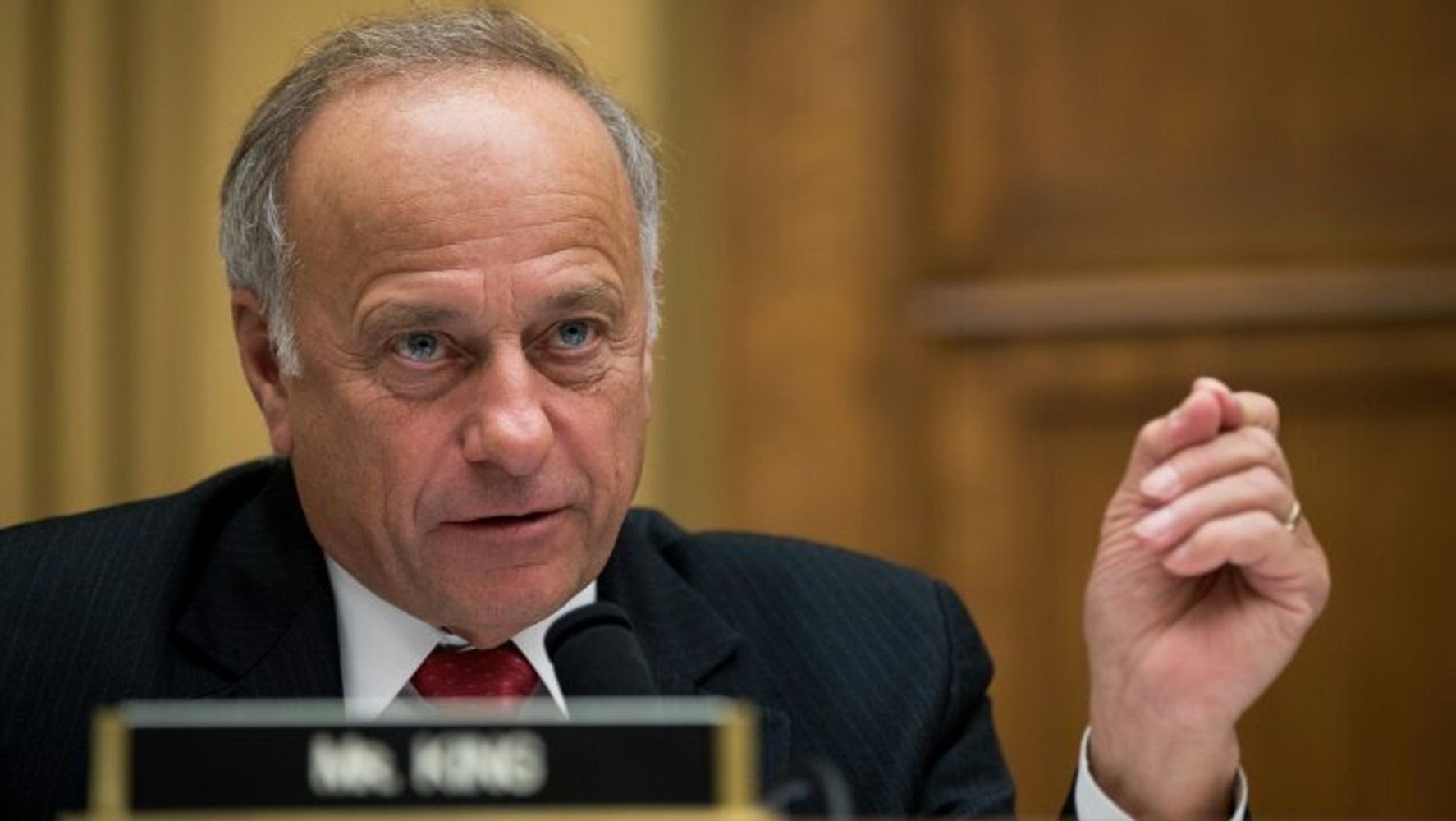 Racist Rep. Steve King (R-Iowa) said generations of people would not be here without rape and incest while making the case for anti-abortion legislation without exceptions for victims of those crimes.

Speaking to members at the Westside Conservative Club on Wednesday, King argued that humanity would not have the population it does today if not for rape and incest, the Des Moines Register reported.

“What if we went back through all the family trees and just pulled out anyone who was a product of rape or incest?” King said. “Would there be any population of the world left if we did that? Considering all the wars and all the rapes and pillages that happened throughout all these different nations, I know that I can’t say that I was not a part of a product of that.”

More from the Des Moines Register:

The Kiron Republican was discussing his defense of not allowing exceptions for rape and incest in the anti-abortion legislation he tried to pass in Congress. Republican leadership had prevented bills he sponsored on banning abortions from advancing through the House, despite GOP support for the measures, King said.

In a tweet, Sen. Kristen Gillibrand (D-N.Y.) called King a “disgrace” and told him to resign. Rep. Ilhan Omar (D-Minn.) called King “gross” in her own tweet.

Gross! This would explain why these weirdos are fixed on smearing me with claims of incest. Projecting their filth, unreal. https://t.co/PTJpBYyUNV

King is a white supremacist who shared his racist views in a January interview with The New York Times.

“White nationalist, white supremacist, Western civilization — how did that language become offensive?” King told the Times. “Why did I sit in classes teaching me about the merits of our history and our civilization?”

And in November, he blasted the National Republican Congressional Committee for supporting a candidate for Congress who is gay.

This story has been updated with background on Steve King and tweets from Ilhan Omar and Kirsten Gillibrand.