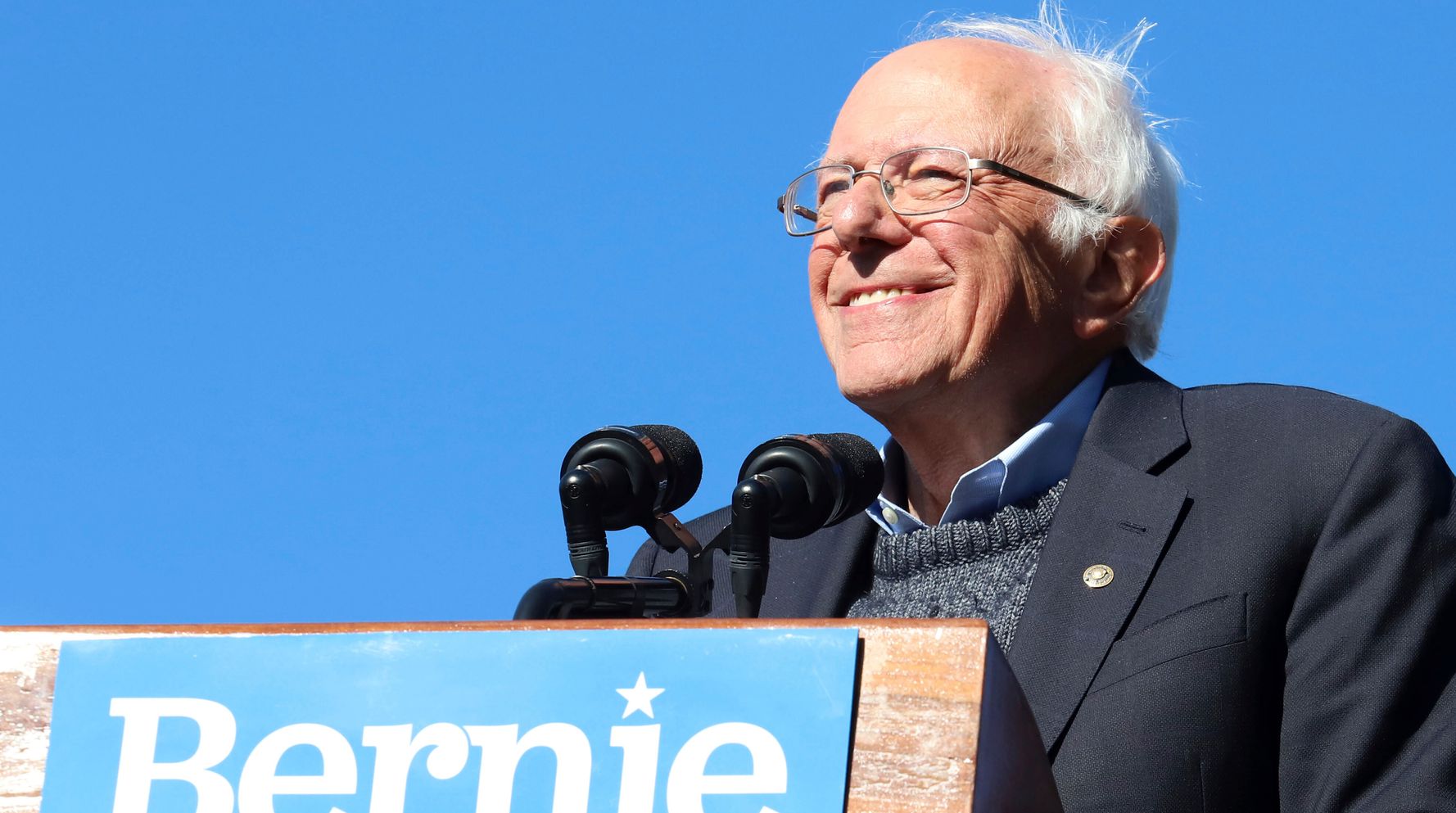 Sen. Bernie Sanders (I-Vt.) on Thursday unveiled a proposal to legalize marijuana within his first 100 days in office as president with an executive order.

Sanders vowed to immediately declassify marijuana as a controlled substance under the Controlled Substances Act if elected president.

Federal law currently classifies marijuana as a Schedule I drug ― along with heroin, LSD and ecstasy, meaning it is considered to have no medicinal use and have a high potential for abuse.

“We’re going to legalize marijuana and end the horrifically destructive war on drugs,” Sanders said in a statement announcing his proposal. “It has disproportionately targeted people of color and ruined the lives of millions of Americans.”

Today, the government considers marijuana as dangerous as heroin.

As president I will immediately issue an executive order to declassify marijuana as a controlled substance.

The Democratic presidential contender plans to expunge all past marijuana convictions ― on a state and federal level ― and to use a federal marijuana sales tax to fund a $20 billion grant program that would benefit minority entrepreneurs and aspiring entrepreneurs who had been previously arrested for marijuana offenses.

Sanders’ plan also prevents the tobacco industry from taking over the legalized marijuana sales industry and offers incentives to entrepreneurs who opt to start their marijuana-based businesses as cooperatives and nonprofits instead of for-profit enterprises.

“When we’re in the White House, we’re going to end the greed and corruption of the big corporations and make sure that Americans hit hardest by the war on drugs will be the first to benefit from legalization,” the senator said in his state

Sanders is not the first Democratic contender to back broad reform on laws prohibiting marijuana use. Sen. Elizabeth Warren (D-Mass.) also supports legalizing marijuana, declassifying it as a Schedule I drug and expunging past marijuana convictions.

Former Vice President Joe Biden supports decriminalizing marijuana and expunging past convictions, though he has proposed classifying the drug as a Schedule II substance. Doing so would place the severity of marijuana on par with 15 milligrams of hydrocodone, oxycodone, methadone, fentanyl or Adderall instead of completely legalizing it.

Sanders has long advocated for the legalization of marijuana. In February, the senator co-sponsored a bill with Warren, Sen. Cory Booker (D-N.J.), Sen. Kamala Harris (D-Calif.) and Sen. Michael Bennet (D-Colo.) aimed at legalizing marijuana and expunging past marijuana offenses on a federal level.

Sanders returned to his campaign last weekend with a rally in Queens, New York, after taking a break after having a heart attack.

At the Saturday rally, the senator said his plans to legalize the drug would also involve tackling criminal justice reform and racial injustices.

In Colorado, Progressives Had A Chance At Real Power. They Let It Go.