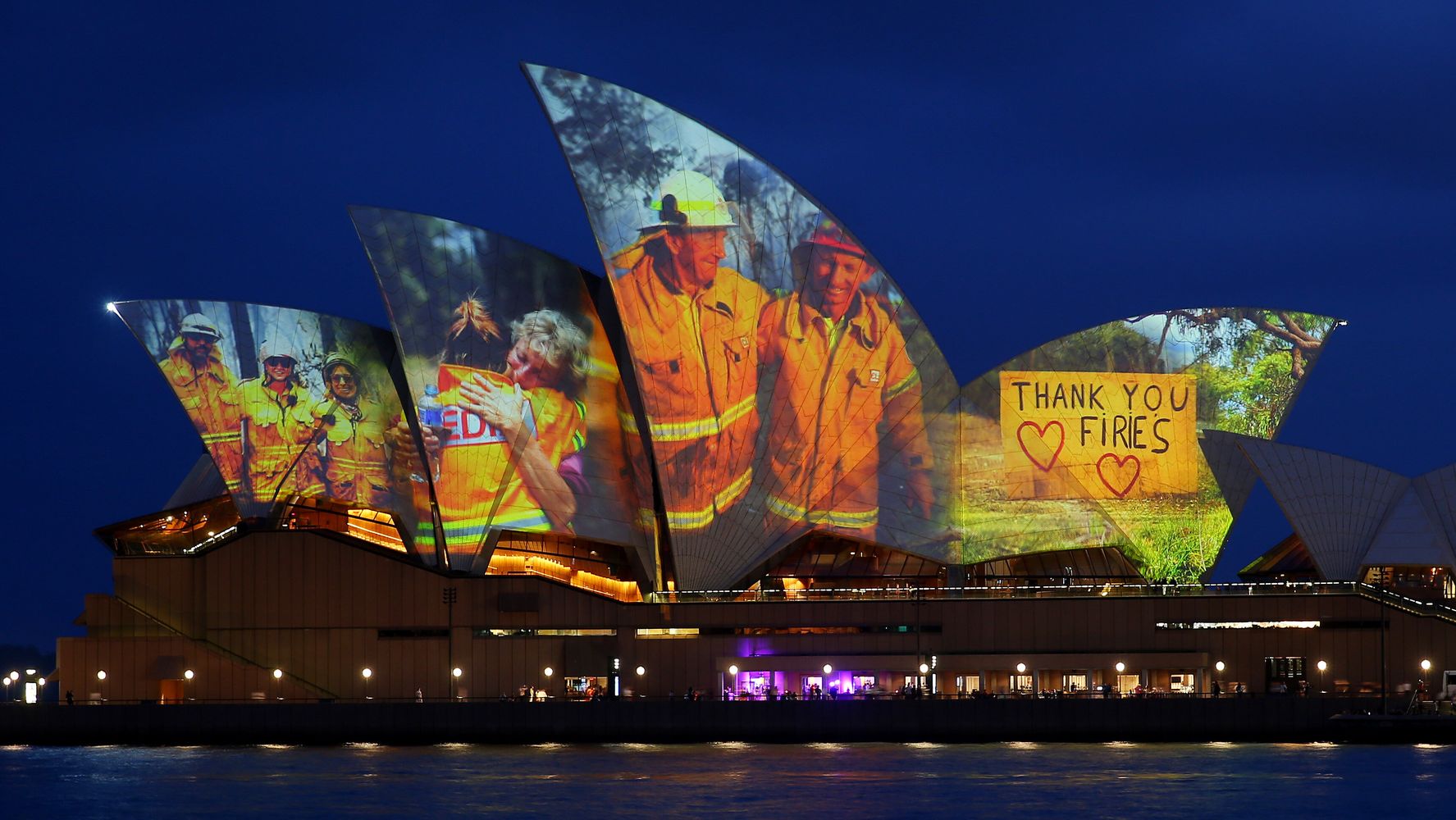 The Sydney Opera House turned the exterior of its building into a moving tribute to the firefighters battling Australia’s wildfires on Saturday night.

The soaring “sails” that highlight the structure were illuminated with photographs of the firefighters and a giant message decorated with hearts reading: “Thank you, Firies.”

Tonight, we are illuminating the Sydney Opera House sails to show our support for everyone affected by the Australian bushfires. We want to send a message of hope and strength, and importantly to thank the emergency services and volunteers for their incredible efforts and courage pic.twitter.com/QGrRbRlDMh

The opera house is also arranging a major fundraiser in March to help communities devastated by the fires.

The New South Wales Rural Fire Service posted a video of the building tribute on Facebook. One commenter called the tribute one of the opera house’s “best performances.”

More than 12 million acres have burned in the worst wildfires in Australian history. The fires have killed at least 27 people, destroyed thousands of homes and forced residents in several towns to evacuate.

Experts fear more than 1 billion animals have also died in the fires. Environment Minister Sussan Ley told The Sydney Morning Herald that the nation’s iconic koalas have taken such an “extraordinary hit” in the wildfires that they may be officially classified as endangered in regions once the tragedy has been fully assessed.