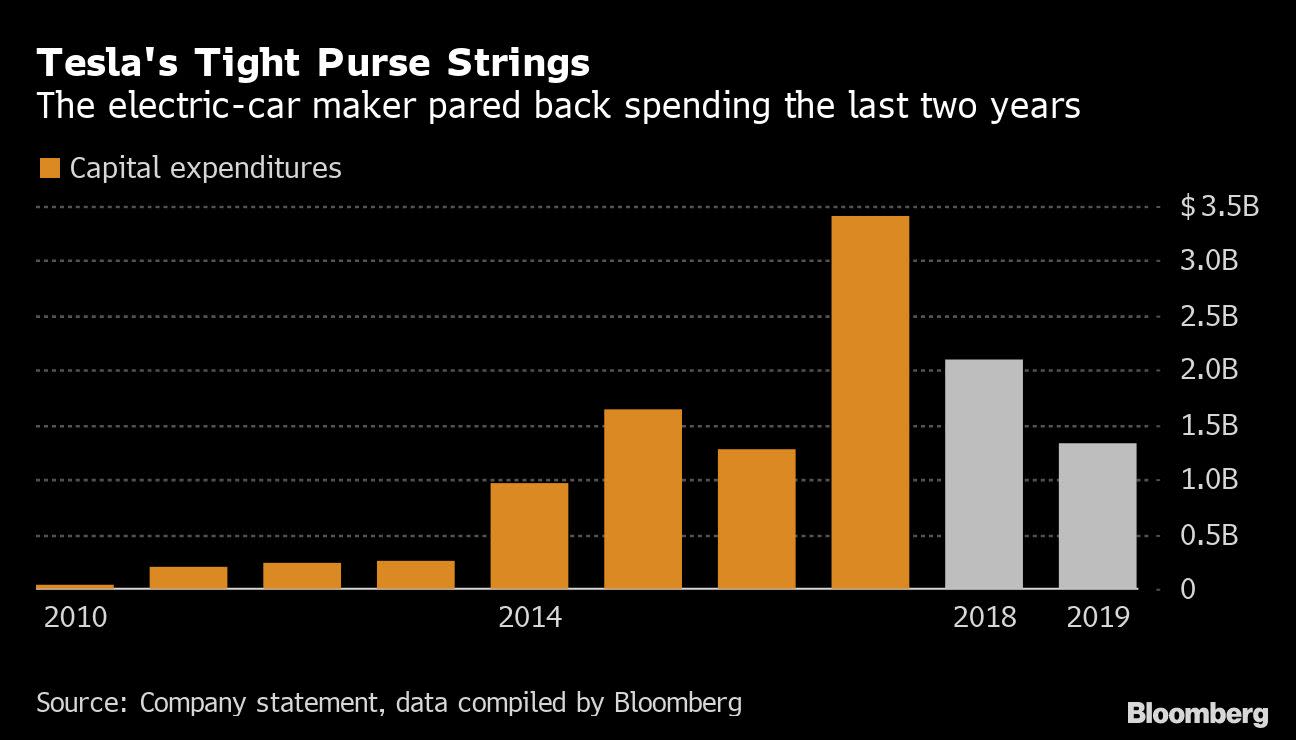 (Bloomberg) — Elon Musk dreams big dreams. Tesla Inc. taps Wall Street for funds to turn them into reality. Banks pocket millions in fees. And rather than punish the company for diluting its shareholders, the market just shrugs it off.

The virtuous circle has enabled Tesla to raise about $14 billion over the last decade, supporting the electric-car maker through countless ups and downs. The latest offering announced Thursday — which priced at $767 a share, according to a regulatory filing Friday — boosted Tesla’s market capitalization to almost $146 billion, behind only Toyota Motor Corp. among the world’s most valuable auto manufacturers.

While Tesla watchers have seen this movie before, the latest script was full of twists and turns. Musk, 48, said during an earnings call two weeks ago that it didn’t make sense for the company to raise capital again. The maker of the Model 3 sedan has been spending money sensibly, he said, without holding back expenditures that would inhibit progress.

But the ascent Tesla’s stock has been on in recent months evidently changed the chief executive officer’s mind. Tesla will use the proceeds — $2.03 billion — from the offering to shore up its balance sheet and help fund Musk’s seemingly endless aspirations.

After Musk and Chief Financial Officer Zach Kirkhorn demurred weeks ago when asked how much spending Tesla had planned for this year, the company disclosed Thursday that its budget will be as much as $3.5 billion, more than double last year’s.

Chinese banks are footing much of the bill for the factory Musk just opened near Shanghai, but he’s also already planning to build his next one near Berlin and teasing the possibility of another one going up in Texas.

Tesla is no longer a tiny niche player that makes cool-but-expensive cars only in high-cost California, but getting to this point required taking on about $12.5 billion of debt, double the amount of cash and equivalents it had at year end.

“Musk had previously assured investors that he did not plan to raise additional capital,” Gene Munster, managing partner of Loup Ventures, said in a report. “However, while Elon backpedaling on his promises is a common criticism of Tesla, the company’s balance sheet is a much more common (and valid) criticism.”

Tesla’s stock traded at $791.94 pre-market in New York, down 1.5% from Thursday’s close. The stock rose 4.8% Thursday after the offering was announced, running counter to the usual beating companies take when they raise capital by issuing shares and diluting holder returns.

The stock has more than tripled since the company released the first of two positive quarterly earnings reports. Musk has accelerated the production schedule for the Model Y, the crossover SUV that he sees becoming the company’s new top seller.

But the Model Y isn’t expected to contribute significantly to deliveries in the first few months of the year, and Kirkhorn has cautioned that first-quarter sales probably will slow down because of seasonality. Production in China also was temporarily halted due to the coronavirus, and ramping up output of Model 3s there and Model Ys in California is expected to pinch profit margins.

Tesla managed to time its latest offering before any of those risks weighed on the stock ahead of its next earnings report. The company is selling the shares at a 4.6% discount to Thursday’s close.

With all that Musk has planned — eventually rolling out the Semi, Roadster and Cybertruck models and recommitting to a foundering rooftop-solar business — some investors and analysts think the company should try to raise enough money so that it’s really done needing to seek more from now on.

While the amount the company has taken in during the last decade is significant, it’s not unprecedented. Netflix Inc. raised about $15 billion in the same span, almost entirely from debt offerings, according to data compiled by Bloomberg.

“We have long wanted Tesla to raise a large amount of cash via stock issuance due to its lofty valuation and then perhaps never need to raise capital again,” David Whiston, a Morningstar Inc. analyst, said in a note. “We’d like to see more consistency between the company’s actions and the words of CEO Elon Musk.”

(Updates with confirmed pricing in the second paragraph and share performance in the ninth paragraph.)

–With assistance from Brandon Kochkodin and Drew Singer.

To contact the reporters on this story: Dana Hull in San Francisco at dhull12@bloomberg.net;Gabrielle Coppola in Detroit at gcoppola@bloomberg.net

To contact the editors responsible for this story: Craig Trudell at ctrudell1@bloomberg.net, Melinda Grenier

One stunning chart shows how severe this selloff has been: Morning Brief