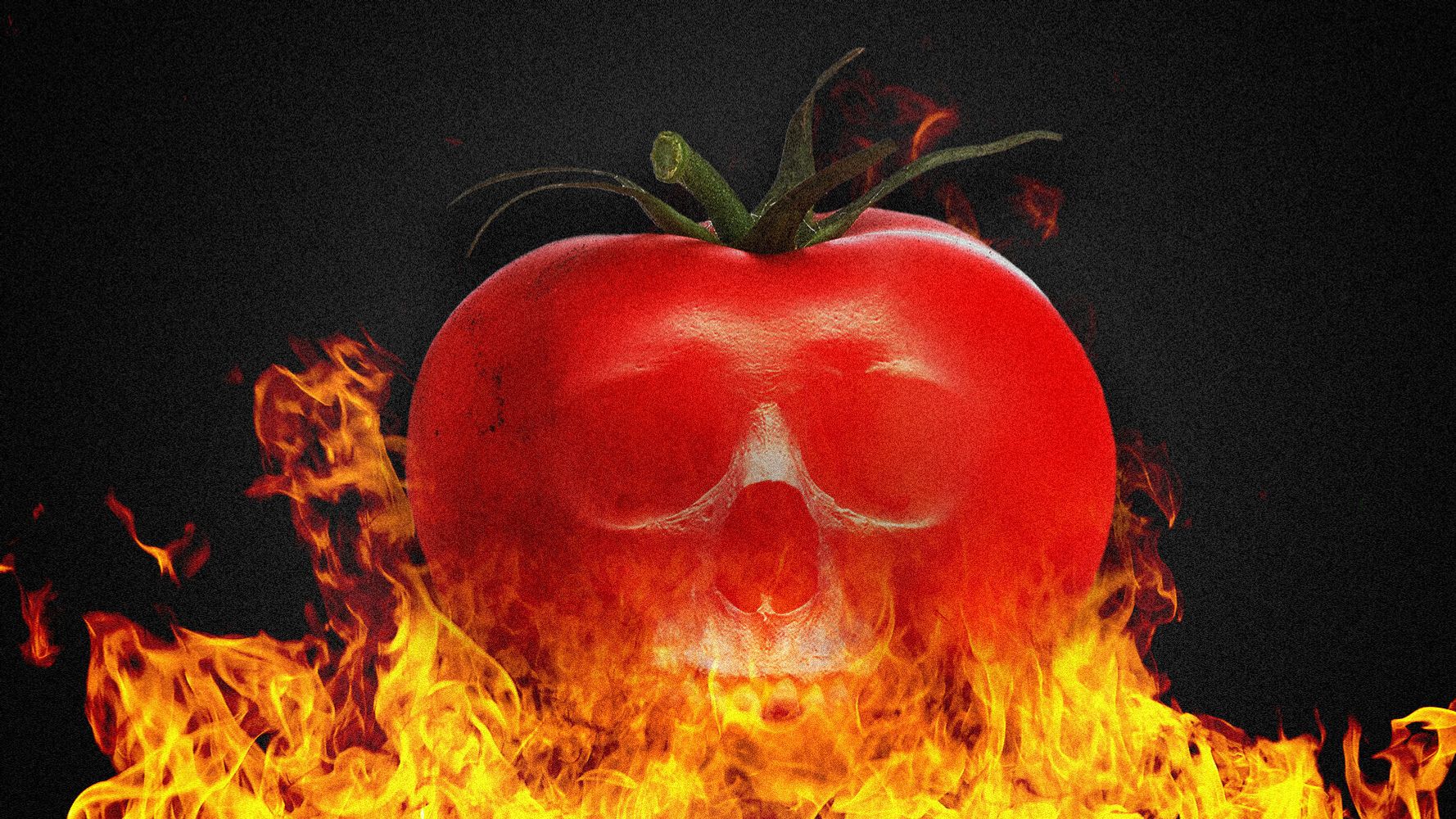 If you’re following the latest dietary trends, you’ve likely heard about star athlete Tom Brady’s ultra-restrictive diet and his avoidance of nightshades, especially tomatoes, which according to his personal chef are believed to cause inflammation.

Anecdotal evidence, including Brady’s book the “TB12 Method,” has led many to cut nightshades out of their diet, especially those with inflammatory and autoimmune conditions.

With all of the information that’s been floating around, it’s no wonder that many people are questioning if nightshades are healthy. However, scientific evidence of a link between nightshades and inflammation is lacking. So, let’s dig deeper and debunk some common misconceptions about nightshades.

What are nightshades, anyway?

First, nightshades are the edible parts of flowering plants from the Latin-named Solanaceae family, which consists of over 2,000 varieties (few of them eaten as food). Commonly eaten nightshades include tomatoes, peppers, potatoes and eggplant.

The most popular nightshades ― potatoes, tomatoes and peppers ― are rich in nutrients and are often recommended to support a healthy lifestyle. Peppers, for example, are rich in Vitamin C and help the body absorb iron. Tomatoes and eggplant are plentiful in the phytonutrients lycopene and anthocyanins, powerful antioxidants that help maintain heart health and act as a cancer preventative. Potatoes contain potassium, a power-packed mineral that works not only as a potent preventative for strokes, but also strengthens bone health and relieves stress and anxiety.

So, why wouldn’t we want to eat these as part of a healthy diet?

Despite the proven nutritive benefits associated with nightshades, there are alleged links to inflammatory issues that result from their alkaloid content. Alkaloids ― and in the case of nightshades, a particular alkaloid called solanine ― are bitter-tasting substances that act as a natural insect repellent, and they’re more concentrated in the stems and leaves than the actual fruit or vegetable. However, no available medical research conclusively supports a connection between inflammatory conditions and alkaloids.

According to registered dietician Jillian Kubala, owner of Hamptons Clinical Nutrition on Long Island in New York, it’s true that the alkaloids found in certain nightshades can be toxic. Some believe that nightshades may worsen inflammatory conditions by enhancing related symptoms, including joint pain, swelling and digestive issues.

“However, it’s important to note that commonly consumed nightshade plants, including tomatoes, peppers, potatoes and eggplants, only contain very small amounts of these compounds, making them safe for consumption,” Kubala said. A report in The New York Times points out that a 100-pound adult would have to eat a full pound of completely green potatoes (the green parts contain the most alkaloids) to achieve alkaloid poisoning.

“Some individuals are sensitive to modern nightshades, but nightshades themselves are not inherently inflammatory.”

In fact, a study published in a peer-reviewed medical journal in 2013 shows that anatabine ― an alkaloid compound found in peppers, potatoes, tomatoes and eggplant ― has been shown to have powerful anti-inflammatory effects for people who have joint pain and stiffness, including those with autoimmune conditions and inflammatory conditions such as osteoarthritis.

When you have a food allergy, your immune system causes the reaction to the food. Symptoms include hives, swelling, itching, digestive symptoms and anaphylaxis (difficulty breathing). Food sensitivity or intolerance reactions, which are less severe in nature, emanate from the digestive system. Although symptoms for sensitivities may vary, those associated with intolerance include gas, cramping and nausea. Certain reactions to foods can take days to surface, and because most of us eat a varied diet, it’s difficult to link a reaction to a single food.

″In general, I think the hype around nightshades has been blown way out of proportion,” said Liz Carter, a Seattle naturopathic physician and acupuncturist whose patients include those with food sensitivities and allergies.

Some individuals are sensitive to modern nightshades, but nightshades themselves are not inherently inflammatory, according to Carter. Improving gut health is about getting to the bottom of your personal irritants, whether that be nightshades, dairy, sugar or something else. Anything irritating the gut has the potential to create leaky gut and thus other health issues like arthritis, psoriasis, thyroid conditions, asthma and allergies, she said.

In fact, there is minimal research that supports the idea that nightshades are bad for you, said registered dietitian nutritionist Lizzie Streit. A few animal and test-tube studies suggest that compounds in nightshades may aggravate intestinal permeability, which typically occurs with inflammatory bowel diseases like Crohn’s or colitis, but more research is needed.

So, are nightshades bad for you?

Generally, no. According to Streit, there is no research that suggests nightshades cause issues for healthy people. Instead, numerous studies highlight their benefits. If you are healthy, go for it!

However, if you have an existing inflammatory condition and suspect a food sensitivity or intolerance, you may want to seek medical advice. But take note: Carter said that nightshades usually aren’t the problem. In her practice, she has found that dairy, corn, gluten, soy, sugar and eggs more commonly cause sensitivity issues for patients.

″If we don’t get symptom resolution with those, I’ll move into nightshades or a few others,” Carter said. “Nightshade sensitivities are less common than any of those six foods, in my clinical experience.”

If you do have a sensitivity, consider cooking your nightshades before eating them, which can reduce alkaloid content by 40% to 50%, and see if your symptoms subside.

Brace Yourself, Here’s What The Labels On Egg Cartons REALLY Mean

This Culinary Magic Trick Will Cut Your Caramelization Time In Half

Chefs Reveal The Best Foods To Make In An Instant Pot