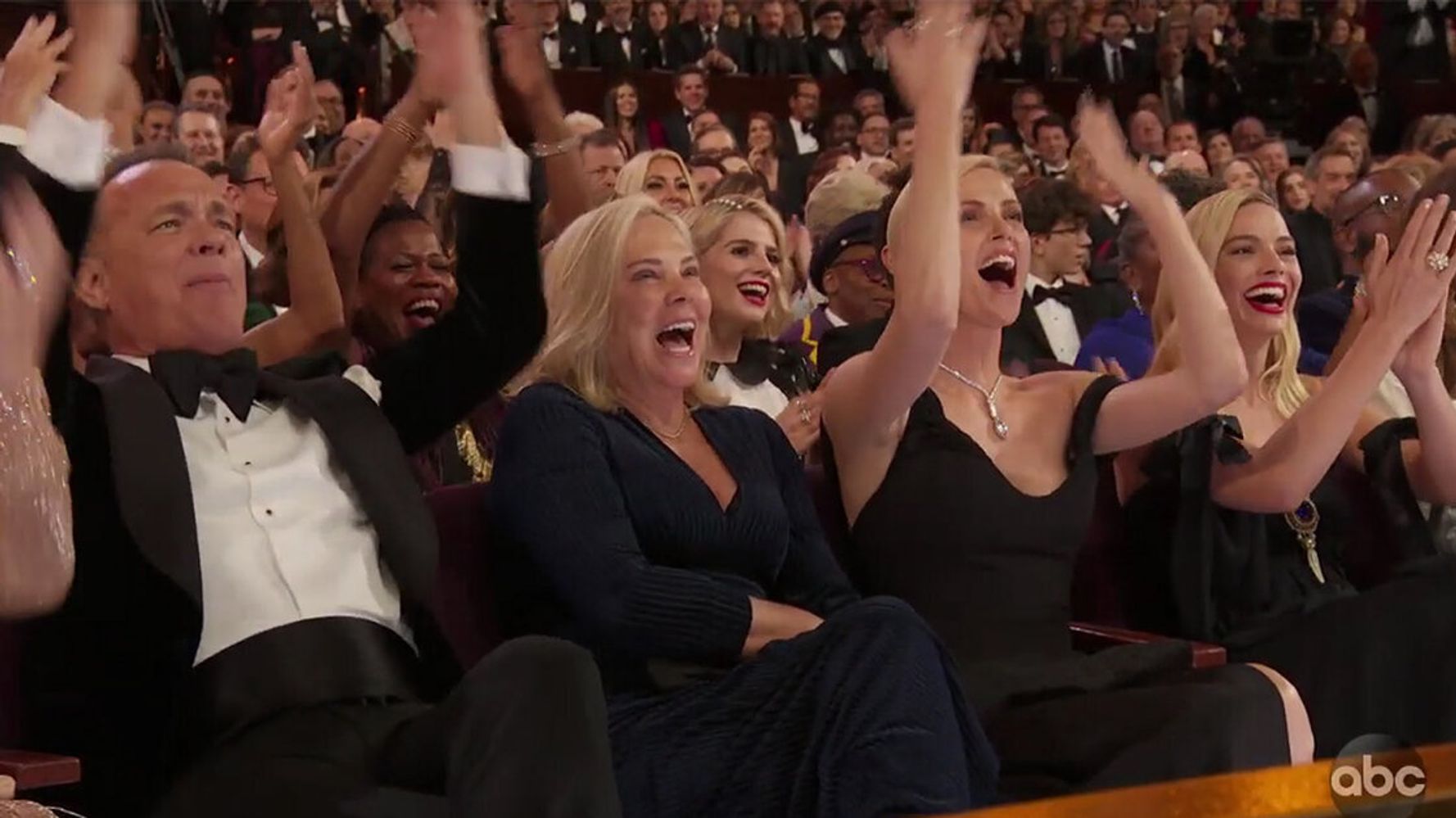 It was truly a peach of a moment.

Tom Hanks, Charlize Theron and others won the award for the most supportive audience members when they stuck up for the cast and crew of “Parasite” at the 2020 Oscars Sunday night.

But when Miky Lee, one of the film’s executive producers, took the stage to say a few words after her movie became the first foreign-language film to win Best Picture, the lights on the stage dimmed, indicating to the audience that her acceptance speech was being cut for time.

But Lee’s snub didn’t seem to sit well with Hanks, Theron, and Margot Robbie, who began to chant, “Up! Up! Up! Up!” in regards to the stage lights — clearly signaling to the folks running the show that they wanted to hear her speech.

Tom Hanks, Charlize Theron and Margot Robbie leading the chant to get the lights and microphone up again for the Parasite team. A moment.pic.twitter.com/WXz7zL7EWf

Tom Hanks and Charlize Theron screaming “UP!” so the cast and crew of Parasite could finish their speeches is the level of support we all need! #Oscars pic.twitter.com/kZDYvBmT8f

I don’t really believe in God but… God bless Tom Hanks for leading the charge to keep the lights on so that Bong Joon-Ho and the #Parasite crew could finish speaking and fully enjoy their victory. #Oscarspic.twitter.com/hawx8PKMcL

Tom Hanks and other front row artists in the Oscars chanted to give more time to Parasite casts to have longer speech! Melts my heart 💖

Tom Hanks, Rita Wilson, you are amazing for making sure team #Parasite could get their full moment. #Oscars https://t.co/LLjKYKKCq1

As the lights came back up, cheers could be heard around the theater. Lee smiled as she took the microphone and thanked Bong Joon Ho, who won Best Director earlier in the night.

“I like everything about him,” Lee said of Bong in speech, per People. “His smile, his crazy hair, the way he talks the way he walks and especially the way he directs. But what I really like about him is his sense of humor.”