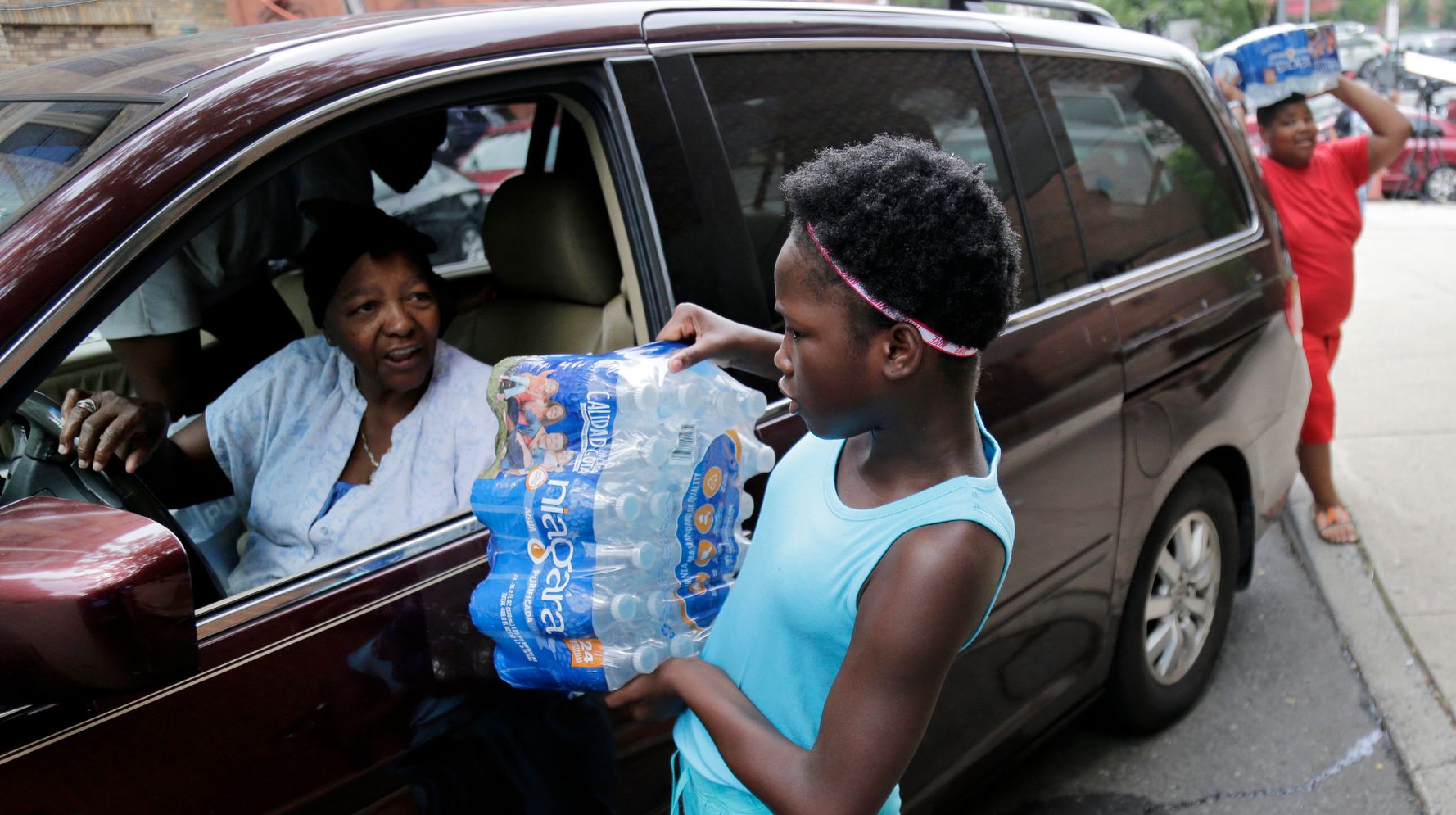 Residents in Newark, New Jersey, are facing a growing emergency over lead contamination in the city’s drinking water supply.

The crisis is the result of years of mismanagement and has forced city officials to warn tens of thousands of residents against drinking tap water for fear of lead poisoning.

Here’s what you need to know:

When The Crisis Began

Newark has been struggling to curb elevated levels of lead in its drinking water supply for years. The Newark Board of Education has consistently found elevated lead levels in water at city schools since the 2010-11 school year.

The board responded by turning off or fixing fountains found to have elevated lead levels and installing new “lead-free” water lines and fixtures. But the problem persisted.

Officials in 2017 found that more than 10% of homes across Newark had nearly twice the amount of lead in their drinking water that the U.S. Environmental Protection Agency considers the threshold for taking action.

Officials have handed out over 38,000 lead-safe water filters to residents since 2018 and installed a new corrosion control treatment system in May.

But a recent round of tests showed lead levels in the drinking water sampled still exceeded 15 parts per billion, the EPA threshold.

This week, city officials said the elevated levels were “due to the releasing of lead from plumbing and lead service lines on private property between the street and approximately 15,000 homes.” The city also said a major water treatment plant’s corrosion control system “became less effective at reducing the corrosion of lead pipes and resulted in rising lead levels in some homes with lead service lines throughout Newark.”

Who The Crisis Is Affecting

Many of the affected neighborhoods are predominantly Black and lower-income.

“It’s a right, not a privilege, to have clean, safe water and we are committed to that,” New Jersey Gov. Phil Murphy (D) said on Wednesday.

New Jersey Sen. Cory Booker (D), who formerly served as Newark’s mayor and is now a Democratic presidential candidate, also noted the racial imbalance in who was suffering from the crisis.

“Newark’s water emergency demands our federal government’s immediate attention. Everyone deserves clean, safe water – it’s shameful that our national crisis of lead-contaminated water disproportionately hits poor black and brown communities like my own,” he wrote in a tweet on Wednesday.

What The City Is Doing

City officials’ attempts to curb the crisis have been bungled at best, and Newark Mayor Ras Baraka is facing calls to resign.

The city began distributing bottled water to residents this week, only to discover the bottles had an expired best-by date. Officials said the water was still safe to drink but subsequently ordered 50,000 new cases of bottled water to distribute.

Hundreds of residents waited in long lines in the summer heat to pick up cases of water.

“This is a slap in the face to the residents of the city of Newark,” one resident, Donna Jackson, told ABC7. “As you can see, everybody is standing in line. We are now in panic mode in this city because the feds had to come in to tell us to stop drinking the water.”

How Lead In The Water Affects Public Health

Children and infants are particularly vulnerable to the serious consequences of lead exposure.

The EPA’s website states: “In children, low levels of exposure have been linked to damage to the central and peripheral nervous system, learning disabilities, shorter stature, impaired hearing, and impaired formation and function of blood cells.”

Lead poisoning in children can also cause lower IQ and hyperactivity, slowed growth and anemia. In rare cases, lead ingestion has also resulted in seizures, coma and death, according to the EPA.

In pregnant women, lead exposure has been linked to reduced growth of the fetus and premature birth. Adults exposed to lead in drinking water may experience increased blood pressure, hypertension, decreased kidney function and reproductive problems.

How Newark’s Crisis Compares To The One In Flint

The situation in Newark has drawn comparisons to the water crisis in Flint, Michigan, which began roughly five years ago and led to criminal indictments against both state and local officials.

The problem started when the city switched to the Flint River as a water source without adding necessary corrosion controls. Residents soon noticed changes in the taste, color and smell of their water, and some began experiencing skin rashes. Lead from Flint’s old pipes had leached into the water.

The water crisis was linked to multiple deaths ― as many as 20, according a Frontline investigation ― from a form of pneumonia often caused by waterborne bacteria.

Fifteen state and local government officials were criminally charged for their roles in Flint’s crisis. Dozens of lawsuits, including class-action suits representing thousands of current and former residents, have been filed against the EPA over water contamination in Flint.

A federal judge ruled the lawsuits could move forward in April.

“The impact on the health of the nearly 100,000 residents of the City of Flint remains untold,” U.S. Judge Linda V. Parker wrote in her decision. “It is anticipated, however, that the injury caused by the lead-contaminated public water supply system will affect the residents for years and likely generations to come.”

This Is Your Body On Cheerleading